The Developer Panic Button strikes again! This time for the highly successful port of the popular free-to-play game by Digital Extremes, Warframe on Nintendo Switch.

The game was released as closed beta in 2013 on PC and after its successful launch and positive feedback, expanded its reach to current-gen consoles (PS4, Xbox One). Over the course of five years, Warframe has seen immense design and visual changes and with the recent launches of open world’s on Earth and Venus, Plains of Eidolon (Earth) and Fortuna (Venus) the game has gained a significant number of new players with the return of older players as well.

The game is developed and published by Digital Extremes on their in-house engine “Evolution Engine” and is optimized so well that even older generation laptops and computers can handle the game with ease. Although some of the new features are heavy on post-processing effects such as “depth of field, motion blur and bloom” which most commonly is the first thing to switch off even on a high-end PC, to get the best performance. But this just makes the port even more impressive and Panic Button along with DE deserves a well round of applause for their work on the Switch version and DE for their love and ambition to give the best to the gaming community. 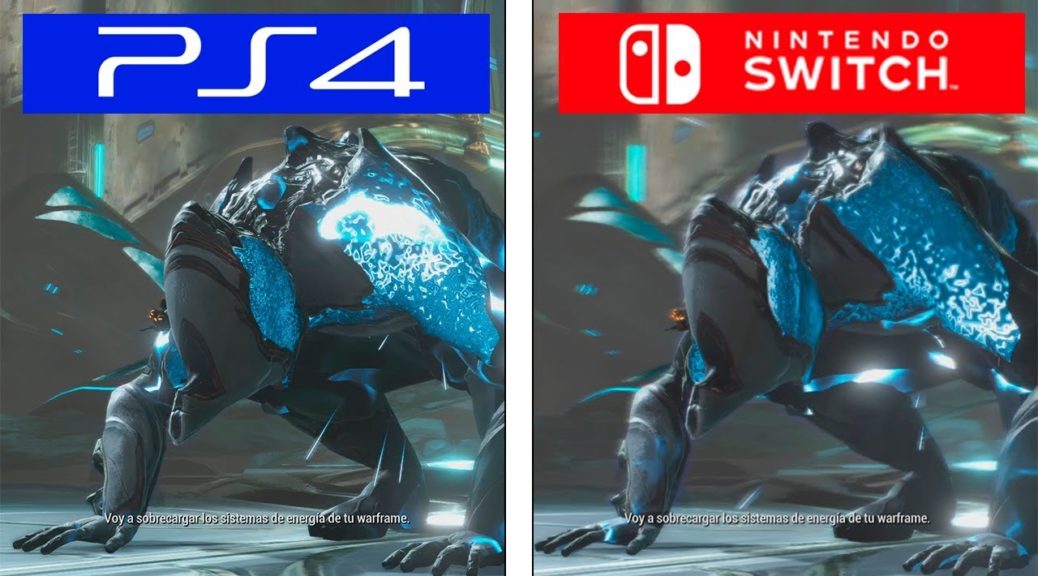 The Switch version mirrors the features of PS4 and PC style game menus. And is supporting account migration from PS4, Xbox One and PC to Switch for two months.

Now, with such a game and being on a portable platform. There are some compromises made when it comes to details. Since portable platforms have less powerful hardware compared to other consoles and PC therefore, to maximize clarity and deliver smooth gameplay, texture filtering, resolution and lower precision effects are cut down quite a bit. This is where dynamic resolution setting comes into play, adjusting pixel count based on GPU load, and is a key player in making this conversion for Switch possible. Also, halving the frame rate from 60fps (current consoles) to 30fps on Switch made the conversion possible.

However, when comparing the game’s turnout on Switch with consoles and PC, of course the result isn’t that impressive. But we have to keep in mind the fact that such great games are now playable on a handy-dandy portable device, is quite the technological feat.