You might have seen the phrase ‘speed is life’ often written on some cars, US and China seem taking it seriously and they are up on battle to make World’s Fastest SuperComputers. In the recent turn of events, US has officially claimed the possession of World’s Fastest SuperComputer with unveiling the latest technology beast ‘Summit’. All thanks to the US Department of Energy and IBM, who with unveiling Summit overshadowed previously held world’s fastest Supercomputer, TaihuLight. It should be noted here that since 2013 China stood tall with TaihuLight as the fastest supercomputer in the world, but finally, the things have changed in last week.

The point which can make the US bragging more is their Summit is twice times faster than China’s TaihuLight, which kept in limelight as the world’s fastest supercomputer for last several years. Summit, made for Oak Ridge National Laboratory in Tennessee is capable of 200,000 trillion calculations per second or a top performance of 200 petaflops. So undoubtedly, IBM’s latest manufactured beast is the superfast computer all across the globe.

The heavy-built supercomputer contains two 22-core IBM Power9 processors and six Nvidia Tesla V100 graphics processing units for each of them. Moreover, Summit comprises of 4,608 compute servers, which holds the strong processors, meant never to compromise on the speed.

Those who already know about the Supercomputers would actually know that it is some serious business as different countries have been pouring their best in this never-ending competition. And if you actually think Summit is something to stay long as world’s fastest supercomputer, you need to reconsider your thoughts as Frontier slated to hit ORNL in 2021 is expected to outsmart it with ease.

Telling a bit about Summit, it is expanded over 5,600 square-feet and weighs over 340 tons, which means it weighs more than a commercial aircraft. Summit will directly be befitting energy physics and human health, and for sure it would be a never before experience for the technology experts.

What you guys would have been looking in this article is right here, yes, I am talking about the price of Summit. It’s whopping $200 million. 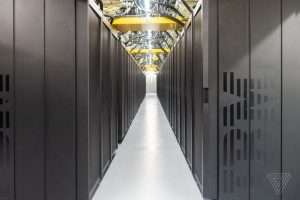 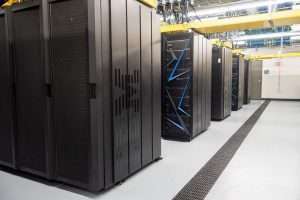 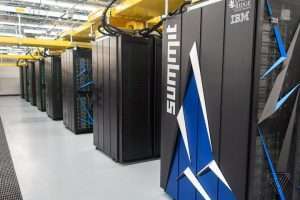