Epic games, the developer of the very popular game Fortnite, a game that has gathered more than 125million players since its launch in 2017 has acquired the Helsinki based gaming security firm Kamu to provide better protection to the players.

Kamu provides tools and “easy anti-cheat” service which is currently being used in more than 100million games, Fortnite included. Tim Sweeney, CEO of Epic Games said, “Kamu’s team and tools havebeen ke to building a vibrant Fortnite multiplayer experience that’s fair for all players.” As we all at some point in our gaming lives have experienced in multiplayer gaming that a “hacker” will join the lobby and kill everyone on the map, sometimes without moving as bullets directly hit players or clipping through them with god mode and infinite ammunition.

Simon Allaeys, Kamu CEO, is also thrilled to be a part of Epic Games as he said, “Joining the Epic family is not only a childhood dream come true, but a huge boost for our mission to help developers create beautiful gaming experiences,” and adding that “Battling cheating in games was just the start; today our products also help developers stay competitive by identifying player needs as quickly as they emerge.” 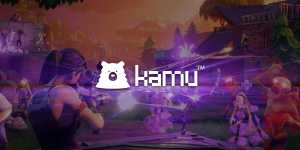 Additionally, Tim Sweeney mentioned how challenging it is to develop and launch a game today and that it is only half of the battle. The other half is where Kamu’s tools come in to be able to provide protection to the players which helps in growing and sustaining games successfully, after launch. In current times cyber security is a lot more important than it used to be especially with the huge rise in multiplayer based games as researchers have uncovered incidents where hackers managed to spread computer viruses to thousands of computers, in Fortnite specifically by targeting and exploiting the audience’s interest in acquiring free in-game currency called “V-bucks.”

Since Fortnite is also available on mobile platform, Android and IOS, players devices have also become vulnerable to the threat of malware on their phones as other criminals have set up fake Android apps to infect the devices.