Of all the celebrities famous actor Hermonie Grainger from series of Harry Potter “Emma Watson” Spoke up on the boycott of Sultan of Brunei Law against the LGBT community. She is standing with them by tweeting a retweet with a fist up emoji and LGBT community flag.

Anti-Gay Law of Sultan of Brunei

As per a few days back in Brunei, a law was passed by Sultan of Brunei for the LGBT community. It’s called anti-gay law which states that it’s legal to stone people to death who are engaged in Gay and adultery work.

Celebrities against the law

As per to this situation many of the celebrities like Elton John, Ellen DeGeneres Nancy Cintara and Billie Jean Cane are urging people to boycott 9 of the hotels owned by the Sultan of Brunei which includes the Beverly Hills Hotel and the Hotel Bel-Air in Los Angeles. Some tweets are below

This law is according to the Sultan is in accordance with practicing rules of Islam and their ancestor’s values and norms. Some say it’s just a way to clean up the reputation of the royal family of Sultan.

Too much people around the world have supported her tweets by finding a unique way of commenting with Emma Watson’s GIF. Some of the comments are 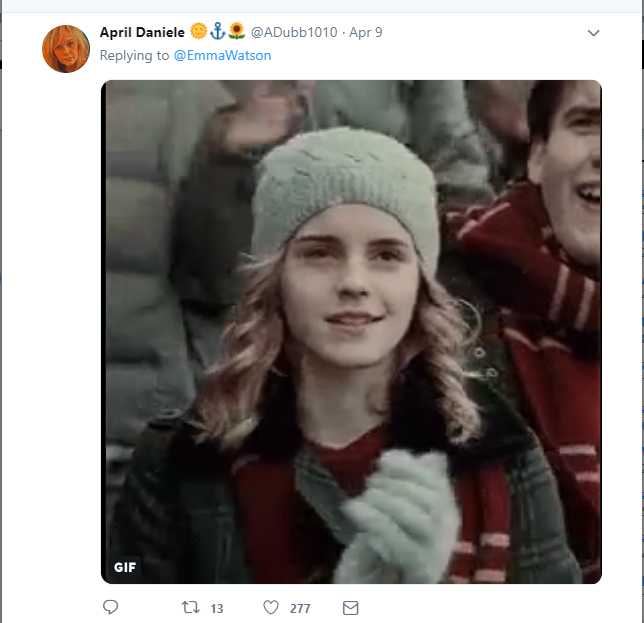 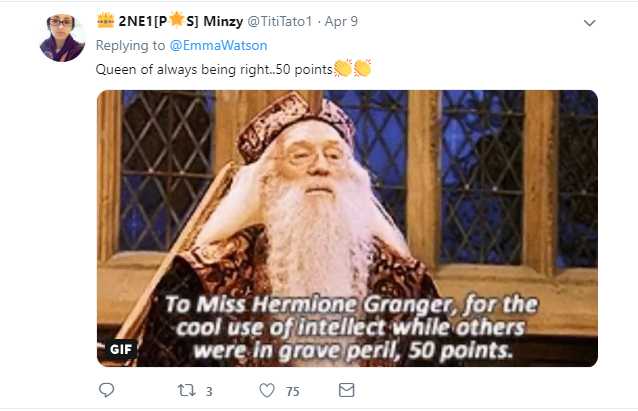