A little school girl has now become an internet sensation after a picture caught her with bored look during her recent meeting with first lady Melania Trump at the White House. 30 sixth-grade children of the Digital Pioneers Academy joined Melania Trump and the Secretary of Education Betsy DeVos in the family theater of the White House on Tuesday.

The students, along with the First Lady, watched the 2017 film ‘Wonder’, the story of a boy with Treacher Collins syndrome. A spokesperson for Melania Trump said that “The movie celebrates October’s National Bullying Prevention Month by highlighting the importance of choosing kindness — a core belief of Mrs. Trump’s Be Best campaign.” 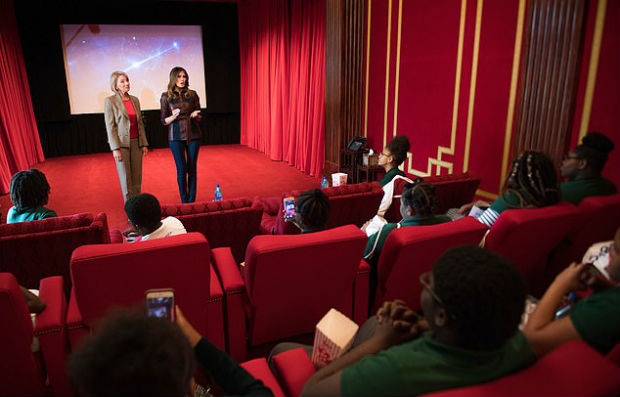 The viral image tweeted by Melania’s office now circulates on the internet where the little girl stands out from the crowd due to her ‘I’m bored’ expression. She hangs back from the student group with a crossed hand while meeting the First Lady.

Melania Trump tweeted some of the pictures from the meeting while captioning “Thank you to the students & teachers from @DPApcs who joined me & @BetsyDeVosED to watch the movie #Wonder in the @WhiteHouse theater today. What a wonderful message! #BeBest #BullyingPreventionMonth #ChooseKind.” 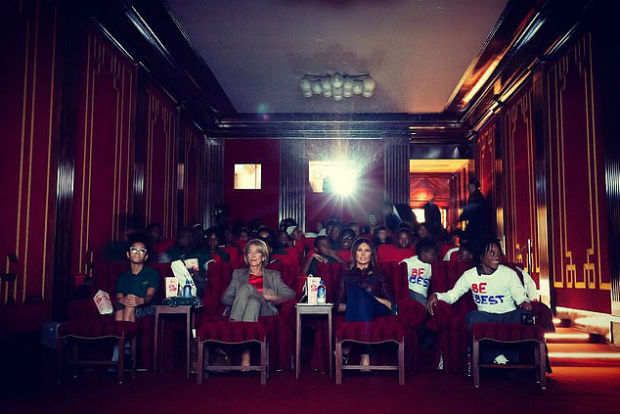 Charles Blow, a New York Times columnist, wrote on Instagram that “This little girl with her arms folded is all of our spirit animals… lol,” and hashtagged the post with “#IReallyDontCareDoYou”. He used that hashtag as the reference to Melania’s famous Zara jacket which she wore while visiting the children separated from their families at the Mexico border in June.

At her meeting with 55 children separated from their families, Melania wore that Zara jacket which reads “I really don’t care, do u.” Film producer Tariq Nasheed also commented on the newly surfaced viral image of the little girl and said: “The little girl in the middle with her arms crossed is going to grow up and achieve great things.”

Thank you to the students & teachers from @DPApcs who joined me & @BetsyDeVosED to watch the movie #Wonder in the @WhiteHouse theater today. What a wonderful message! #BeBest #BullyingPreventionMonth #ChooseKind pic.twitter.com/rdGjOfcnCm