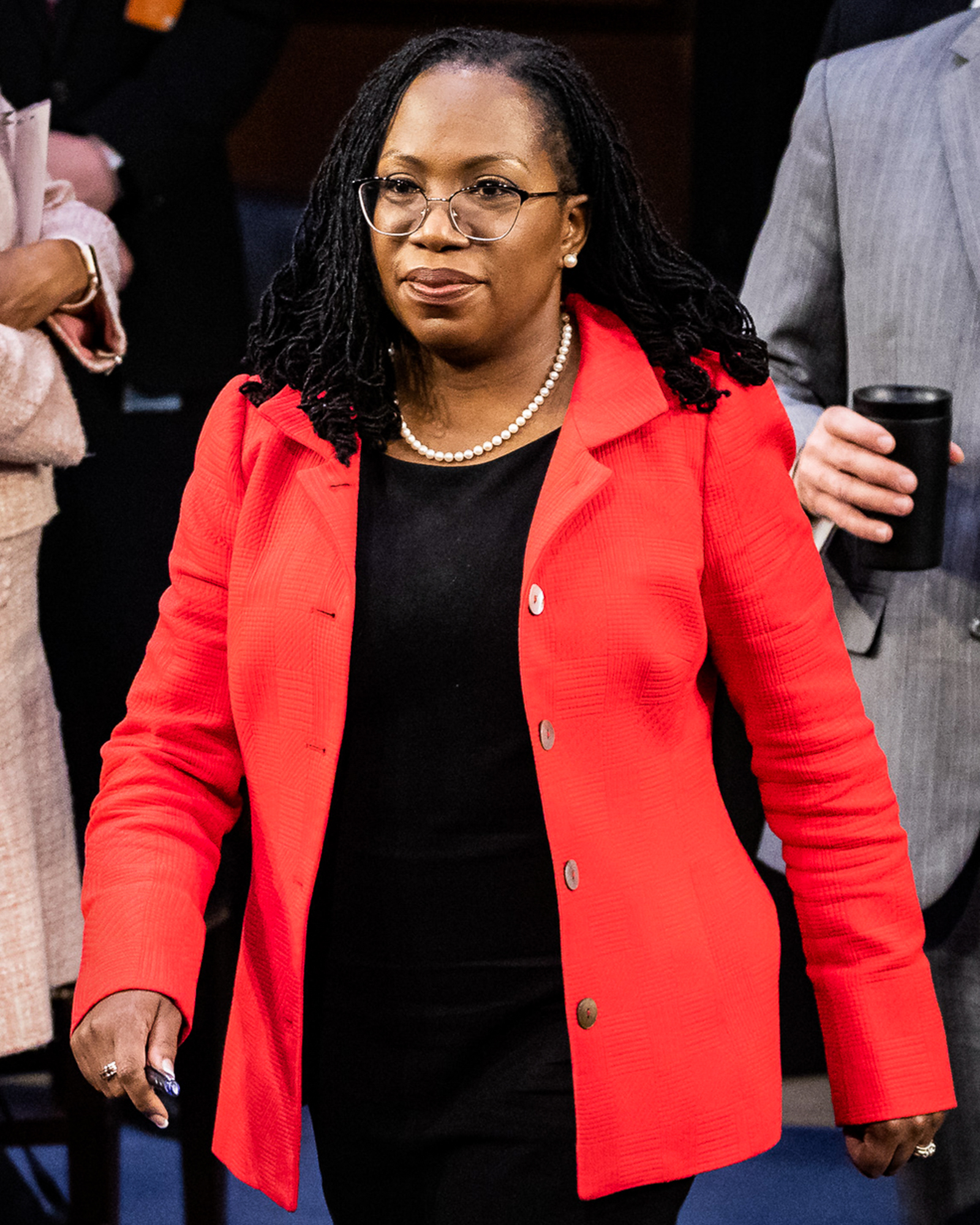 And with that, America’s history is officially being rewritten.

With a 53-47 vote, the U.S. Senate completed the ascension of Judge Ketanji Brown Jackson to the highest court in the land. The accusations of being an activist jurist who is soft on crime and lenient to child pornography offenders are in her rear view. Jackson has become the first Black woman to serve on the Supreme Court and the first justice to have previously been a federal public defender. Of course, Jackson’s elevation does nothing to change the ideological balance of the court, but her presence will represent a tectonic shift for the Supreme Court in other ways.

The first thing to keep an eye on is her dissents.

“Dissents are extremely important because they’re a reminder to the public and the court that there’s an alternative approach,” says Fatima Goss Graves, the president and CEO of the National Women’s Law Center. “They are sometimes guiding posts for future decision-making.”

Taken together, Jackson’s background as the first Black woman and first former public defender to sit on the Supreme Court means that she’ll bring a new perspective to judicial opinions, and some legal experts suggest it could even help her to influence her colleagues.

University of Georgia law professor Melissa Redmon says that bringing the lens of a defense attorney to deliberations can help reframe the way other justices view certain cases, especially, she says, criminal ones in which legal disputes over unlawful searches and seizures, protections against self-incrimination and other rights of the accused come into question.

Even if she doesn’t sway the ultimate decisions rendered by the court, Jackson can convey her point of view in dissents that may have greater influence in future cases or with other branches.

Graves points to the late Justice Ruth Bader Ginsberg, who told the New Republic in 2014: “My dissenting opinions, like my briefs, are intended to persuade. And sometimes one must be forceful about saying how wrong the Court’s decision is.”

When Ginsberg dissented in Ledbetter v. Goodyear Tire and Rubber Company in 2007, in which Lilly Ledbetter accused her employer, Goodyear, of paying her a lower salary because of her gender, Ginsberg wrote in a minority opinion that it was up to lawmakers to change the injustice of gender pay discrimination. By 2009, Congress passed the Lilly Ledbetter Fair Pay Act, and it was the first bill former President Barack Obama signed into law.

Verna L. Williams, the dean of the law school at the University of Cincinnati, adds that Supreme Court dissents can also give litigants clues for how to argue a similar case down the line. “Sometimes in the dissent, you might pick up a nugget,” says Williams who served as lead counsel and successfully argued Davis v. Monroe County Board of Education in 1999 which established that school boards can be held liable for failing to intervene in student-on-student sexual harassment is some instances.

Jackson will be joining Justices Elena Kagan and Sonia Sotomayor on the liberal side of the court, both of whom are also notable for their dissents. Williams worries that their identity could lead to their dismissal by some. “There’s the danger that their voices will be further marginalized, because, well, they’re the lady liberals in the minority,” she says. For the first time, the entire liberal wing of the bench will be made up of women, two of them women of color.

But the experts I spoke with also suggested that Jackson’s opinions will have an important impact not only as the first and only Black woman on the court but as one of two Black justices serving at the same time for the first time.

In his three decades on the court, Justice Clarence Thomas, the longest-serving current justice, has become not just a reliable conservative vote, but an icon for many Republicans for his views on race.

When Jackson joins him, says Graves: “It means there will be more than one perspective around Blackness on the court.”

While legal experts believe Jackson can have significant impacts on the court, even in the minority, it’s less clear whether her confirmation will be enough to save the Democratic Party’s governing majority this fall.

In January, at a White House ceremony announcing Stephen Breyer’s retirement from the bench after 28 years, President Joe Biden reiterated a promise he made on the campaign trail to nominate a Black woman to the Supreme Court if he got the chance. “It’s long overdue, in my view,” he said. The commitment was originally made as his 2020 presidential campaign was in freefall and in need of a jolt. Some political analysts see parallels between then and the current moment in his presidency, with his approval numbers hovering around 40 percent in most national polls and concerns that Democrats may lose the House and Senate in this year’s midterms.

Questions remain whether making good on this campaign promise will be enough to galvanize the Democratic base, particularly Black voters, who point to the party coming up short on big-ticket agenda items like police reform and new federal voting rights protections.

“At the end of the day, it’s going to be comforting to know that there is a [Justice] Jackson on the Supreme Court. But Black communities aren’t stupid,” says Alicia Garza, co-founder of Black Lives Matter. “It’s not something that Black voters are going to feel in their pockets or see directly in their communities. And that is really what is going to turn people out to the polls,” says Garza, who now leads Black to the Future Action Fund, which aims to make Black communities more powerful in politics.

For Republicans, Jackson’s confirmation may even add to the GOP’s momentum heading into the midterms this fall. “I think for Republican voters,” says Paris Dennard, spokesperson for the Republican National Committee, “they’re going to look at this and be reminded of the fact that elections have consequences.”