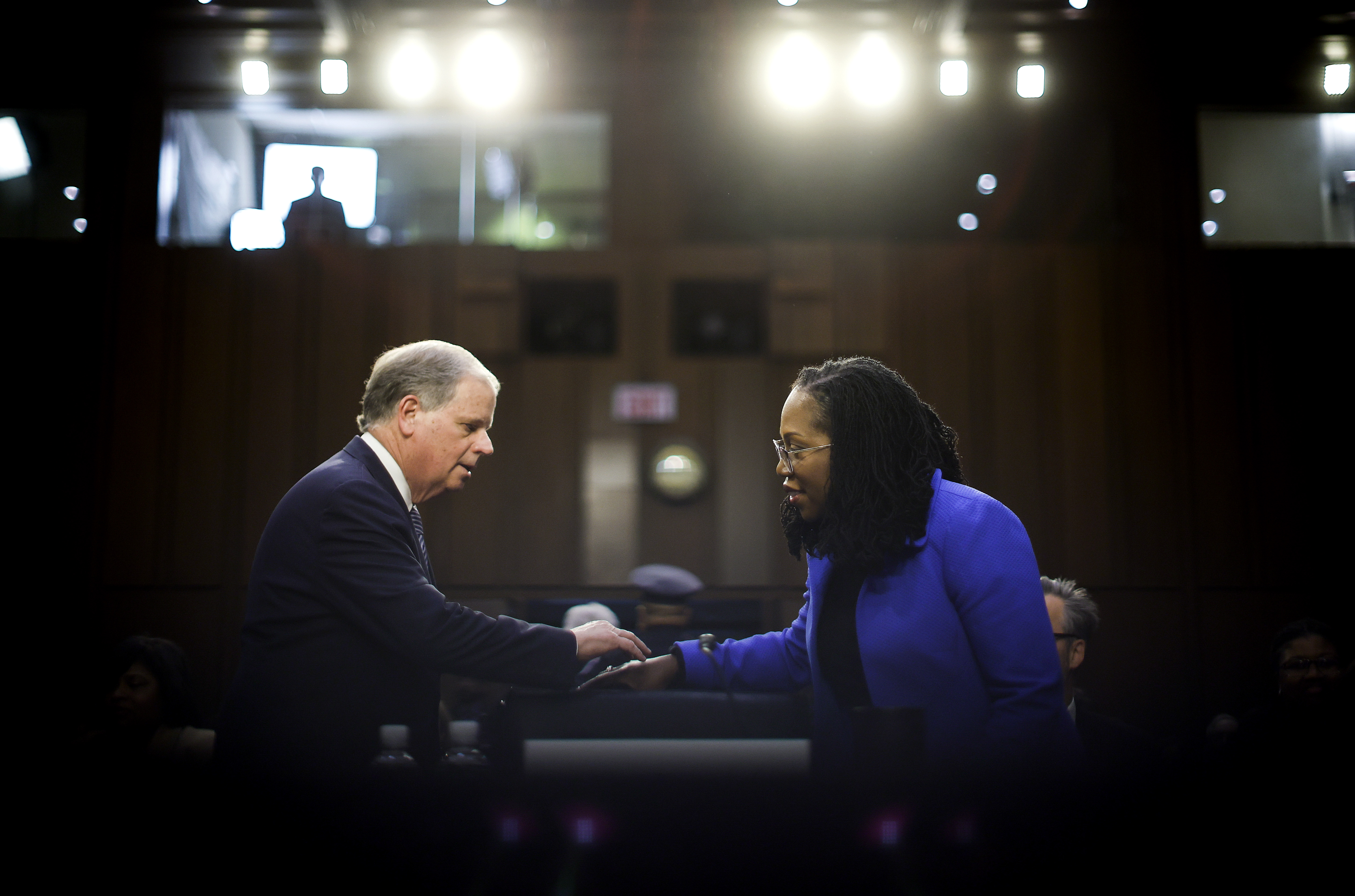 The day after Supreme Court Justice Stephen Breyer’s retirement announcement, a reporter emailed Jones to ask whether the White House was asking him to guide President Joe Biden’s Supreme Court nominee through the arduous Senate confirmation process — known as being a sherpa. The former Alabama Democratic senator admitted it wasn’t exactly top of mind.

“The thought … had not really been on my radar,” Jones said in an interview with POLITICO. “I did not respond. But I did send it off to my contacts at the White House. And the next thing I know, they’re calling me back saying: ‘if you’re interested, we’re interested.’”

Notably, Jones was brought in even before Judge Ketanji Brown Jackson was picked as the president’s nominee — a vote of confidence for a friend so committed that Jones tweeted an endorsement the same day that Biden announced his White House bid. And Jones directly counseled the president as he made his final decision on Jackson, putting it this way: “I gave my advice to the president, and that’s about all I’m gonna say.”

Jones’ path seems tailor-made for this moment. He was passed over by Biden for a Cabinet position, but now, after 15 months out of office, the well-liked former Senate Judiciary Committee staffer — during Breyer’s time as chief counsel, even — has returned to his old stomping grounds. Now that Jones is on the brink of a successful Jackson confirmation, his easy embrace of the sherpa role could help with any future ambitions within the Biden White House.

The Senate would easily approve Jones for any post Biden named him to, even if Republicans retake the majority. Shortly after Biden won the White House, Jones was widely viewed as a potential attorney general, the position that ultimately went to Merrick Garland.

“I certainly respect the hell out of the guy,” said Sen. Jon Tester (D-Mont.), adding that though he’d like to see Jones in the Biden administration, “I don’t think Doug knows” what he wants to do next.

Sen. John N. Kennedy (R-La.), in typical plainspoken fashion, said “I’ve never understood why he wasn’t” in the administration. ”He understands how the Senate works, he understands how the world works, he’s a person of very good judgment and a person of very goodwill. And I’ve never understood why the Biden administration didn’t just snap him up immediately.”

In the interview, Jones demurred when asked whether his role as sherpa would be his last for the Biden White House, saying that his immediate plans after Jackson’s confirmation are “the beach and some fishing.” He’s currently on leave from a law firm.

Publicly, the sherpa job is somewhat thankless — endless meetings and physically uncomfortable hours sitting behind the nominee at televised hearings full of contentious questions. In this case, it was a bit more grueling: Jones was the guy behind Jackson as Republicans grilled the judge on her child pornography sentencing record.

Jones said that moment was particularly difficult, a microcosm of how bruising the confirmation process can be.

“It was not easy, because it was not accurate. It’s been debunked. It was, to some extent, insulting for her personally,” Jones said.

“There is not one senator on the dais who I think would want to run for reelection and have” voters judge them on a single roll-call, Jones added, comparing that judgment to GOP senators’ treatment of Jackson. “And that was unfortunate, and I was not happy about it.”

But Jones brought his own sense of humor to the job. When asked about his reflections on the level of GOP support for Jackson, Jones said it was too early to comment and joked about saving those questions for when a White House spokesperson didn’t have him on a “shock collar.”

Jones said he viewed his role as a public face for Jackson, often holding impromptu gaggles with reporters to discuss the progress of the nomination, in part because Jackson “can’t talk to the media.” But the gravity of his work on Jackson’s historic nomination is beginning to dawn on him.

“I knew it was a big deal,” Jones said, but he had underestimated the “inspiration that she is bringing” to young people. That underestimation got him recalling his own role prosecuting Ku Klux Klan members for their roles in the 1963 16th Street Baptist Church bombing that killed four Black children.

But he also acknowledged there are limitations to how much influence he’ll have over his former colleagues, saying that “at the end of the day it should not have any real sway.” All but three Republicans are expected to vote against Jackson.

“Every senator is going to do their research and do their deep dive,” he said. “They’re going to be persuaded by, for whatever reason, good or bad, by what they hear from the nominee and their background and their qualifications. But I think there are those people that, when they saw me … they would think we at least have somebody that we know we can talk to if we need information.”

For one of Jones’ closest GOP friends, Alabama Sen. Richard Shelby, the Democrat’s presence on Capitol Hill was appreciated but not game-changing: Shelby will oppose Jackson. Still, he too wondered if this is the last senators would see of their old colleague.

“I don’t know what he does. He’s friends with the president. They go way back. Will he appoint him to something?” Shelby said. “There’ll always be a shakeup in the Cabinet, probably after the first two years.”