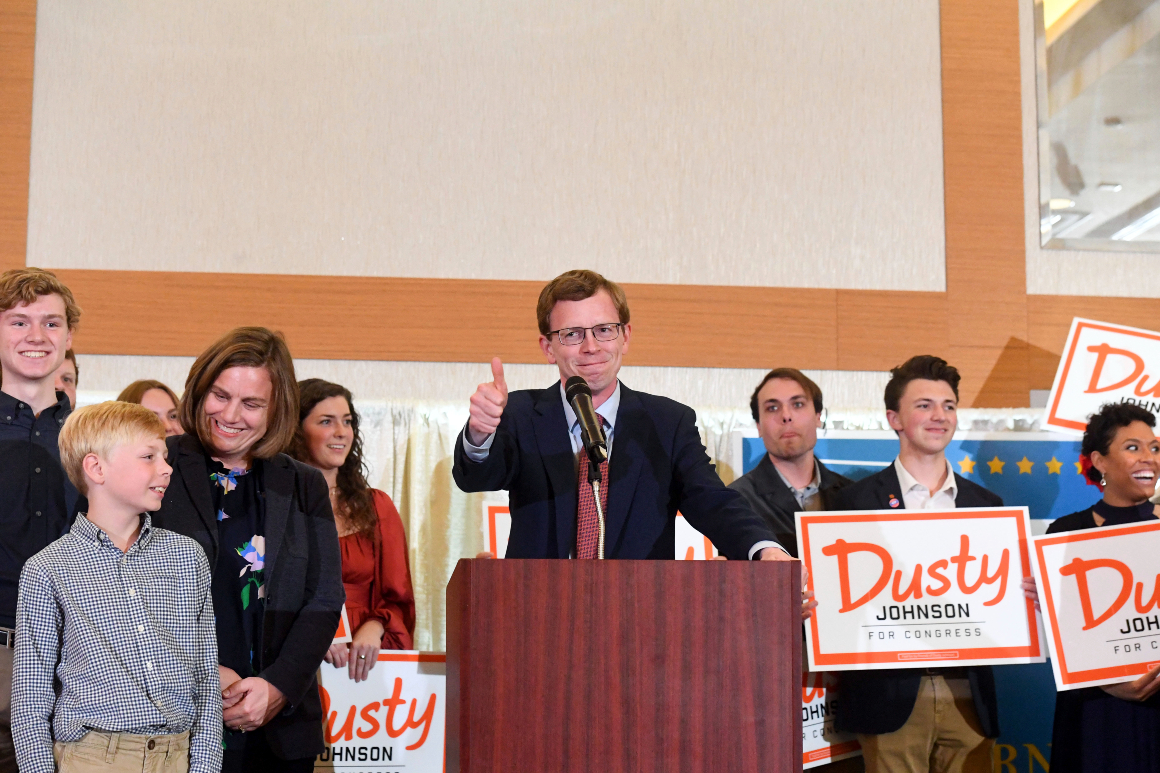 This week in the GOP primary for South Dakota’s at-large district, Rep. Dusty Johnson (R-S.D.) defeated a challenger from his right who claimed he wasn’t aligned closely enough with former President Donald Trump, even though Johnson agrees with Trump on many policies. Johnson’s vote for a bipartisan commission to investigate the Jan. 6 attacks and his support for Rep. Liz Cheney (R-Wyo.) to remain in House Leadership was cited as proof he is not an ally of the former president. Johnson also faced more than $500,000 in spending against him from Drain the DC Swamp PAC. He tells Ryan Lizza that South Dakotans like Trump – but they also like Dusty Johnson. Find out how he overcame the challenges faced from defying Trump and how he survived to win the Republican nomination on this week’s episode of Playbook Deep Dive.

Transcribed excerpts from that conversation are below, edited for length and readability.

On whether Johnson feels his votes to certify the 2020 election or to establish the Jan. 6 Committee were the reason he faced a challenger in the GOP primary

“It’s not actually votes that make for a challenging primary. It’s whether or not a rich guy decides he doesn’t like you.”

On the Constitution and conservatism

“I’m a believer in the Constitution, even when it’s politically uncomfortable for me. Certifying the results of the 2020 election was not a tough call for me,” Johnson said.

“I know some people might say, ‘Oh, he’s not a conservative because he voted to certify the 2020 election.’ Well, I’m sorry, I think conservatives have adherence to the Constitution, even when it means their guy is disadvantaged by the Constitution.”

When he thinks back on that January 6th, one emotion still resonates

“Well, I was pretty pissed off the whole day,” said Johnson. “Throughout most of human experience, it has indeed been the guy with the largest army or the strongest supporters who were able to seize power for themselves. But this American experiment rejected that.”

“We don’t believe that might makes right in this country. It doesn’t matter how tall you are or how rich, you don’t get any more votes than the other gal. And in that regard, the relatively small number of people that converged on the Capitol who were intent on using disruption and in some cases violence to try to alter the course of American history, that was un-American. It made me angry and I am still angry when I think about that.”

“This was not a drill,” he recalled. “A staff member, a coworker of mine mentioned that they were scared for their lives. I said, ‘I just want to let you know, if anybody gets here to hurt us, they’re not going to get to you until they get through me.’ And so, we found things that could be used as weapons.”

Johnson’s reasoning for not voting to impeach President Trump after Jan. 6

“I think the question where I tactically probably deviate is, I want to actually pull levers and push buttons that work,” said Johnson.

“I don’t think there’s any secret to it. All 435 of us took an oath to the Constitution. I think you’ve got to make good on your oath. There are going to be times those votes cause you political discomfort. Don’t run away from them, but don’t run away from the electorate either.”