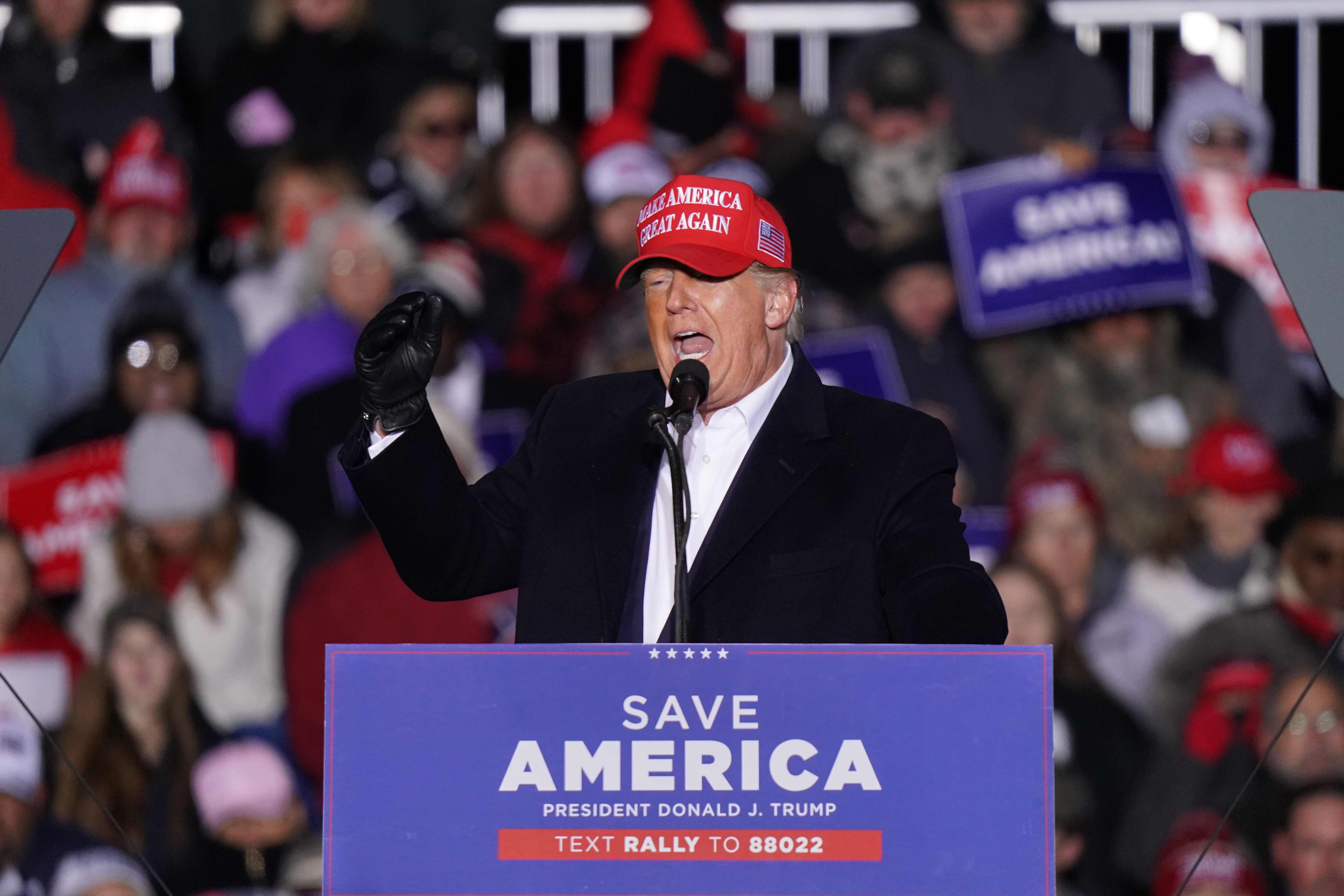 Recent bombshell headlines about Donald Trump have reminded many Americans of his chaotic tenure as president. Democrats don’t hate it.

As they face a serious enthusiasm gap going into the midterms, some Democrats are quietly reveling in how salacious reports about Trump and his allies — not to mention this week’s sex-and-drugs scandal in the House GOP — could help awaken their base. The two parties are still a long way from November, but Trump and the GOP’s other lightning-rod figures are giving Democrats just the political foil they’ve been looking for as virtually everything else has gone the Republicans’ way.

Now they need to make sure voters remember it, instead of the governing troubles that have plagued the party for the past year.

“We still have a villain. We’ll have to remind people of what that was like. And that sure scares the hell out of me,” Rep. Scott Peters (D-Calif.) said.

“For God’s sake, how did we get to the point where … the base voters are so mad about two of our own senators, rather than Mitch McConnell and Donald Trump and Jan. 6? That is a tremendously mismanaged situation,” he added.

What’s not clear, however, is whether anti-Trump energy can give Democrats sustained momentum — it’s a nebulous prospect for a party that’s seen its biggest priorities stalled while the costs of everything from gas and groceries continue to shoot up.

Focusing on Trump and other GOP rabble-rousers will hardly be the only item in Democrats’ midterm playbook this year. The party would much rather run on what they’ve gotten done with their two years in power, particularly in battlegrounds. But some Democrats still acknowledge that perhaps the best way to gin up their base is a time-honored trick that Trump himself has mastered: fear.

“If the Democrats lose the majority … then people are going to truthfully get away with stuff unimaginable,” Rep. Bill Pascrell (D-N.J.) said. While Democrats may be “imperfect,” he said, Republicans “sure as hell haven’t done a damn thing.”

It’s not the plan for everyone: The most vulnerable Democrats have little interest in nationalizing the election, since turning Trump into a villain doesn’t exactly help in GOP-friendly turf they must defend. Most are already planning to run mayoral-style races — playing up local issues and training their attacks entirely on their own opponents — to make it less of a referendum on President Joe Biden.

But while centering a campaign around Trump may not be helpful, even some frontline members are privately entertaining some campaign focus on the House GOP’s biggest firebrands, including Cawthorn and Reps. Matt Gaetz (R-Fla.) and Marjorie Taylor Greene (R-Ga.). Their argument: Things may not be going great for Democrats, but wouldn’t it be worse the other way?

“I mean, do you want to hand the keys to the government to these folks?” said Rep. Dan Kildee (D-Mich.). “They’re scary. They’re nuts.”

Still, Kildee — who’s running in his first tough reelection in years in a newly redrawn seat — said Democrats can’t ignore issues like the economy and inflation, or even something seemingly mundane like overseas shipping reform. “To the extent [the Republican] side continues to play that whipped-up frenzy, paranoid game, it’s probably not helpful to them.”

Democrats hope that putting Trump and his inner circle top of mind will energize many of their voters who may otherwise have tuned out after a rocky few months for the party. Biden’s approval rating has sagged as Democrats failed to resurrect some of the most popular pieces of their agenda — from universal pre-K to expanding the child tax credit. Even as key parts of the economy improve, such as this week’s jobless report, inflation remains at a 40-year high.

But, in recent days, Trump scandals and GOP turmoil have dominated those issues in the headlines.

Last Monday, a federal judge ruled Trump likely committed felony obstruction. On Tuesday, Trump called on Vladimir Putin to release dirt on Hunter Biden, even as the Russian president continues to wage a war against Ukraine. The same day, CBS and the Washington Post reported on a seven-hour and 37-minute gap in the White House’s call records on Jan. 6, though CNN has since reported a non-nefarious explanation could easily account for the omission. And last week, Rep. Mo Brooks (R-Ala.) told POLITICO — shortly after Trump pulled his endorsement for Brooks’ Senate run — that Trump has continued to try to overturn election results after he left office.

Meanwhile, the fallout from texts from Supreme Court Justice Clarence Thomas’ wife Virginia Thomas, known as Ginni, has continued to roil Capitol Hill as Democrats called on the justice to resign or recuse himself from Jan. 6-related cases.

“I do think the Ginni Thomas stuff, the Mo Brooks — all that helps our turnout a lot because people are excited,” said Rep. Don Beyer (D-Va.), a frequent Trump antagonist.

And the Democrats’ turnout fears are real. Both the 2018 and 2020 elections saw record numbers of voters; the 2018 House ballot went in Democrats’ favor, but not as significantly two years prior, when Trump himself was on the ballot. It’s far less certain Democratic voters will flood the polls this cycle, particularly if Biden’s approval ratings don’t make a dramatic turnaround.

A recent NBC News poll showed that Republicans held a 17-point advantage when it came to voter enthusiasm, an ominous sign with just over 200 days until voters go to the polls.

Rep. Ami Bera (D-Calif.) acknowledged the real possibility of a low-turnout election. But he argued that the answer wasn’t to seize on Trump — at least not in the districts Democrats most want to protect.

“You see that there’s an energized Trump Republican base out there. There’s probably less energy on our side. We’re going to have to go out there and block and tackle,” Bera said.

“I think that’s how we hold onto the majority, which is less about creating the bogeyman, and more about — here’s what we did. Keep it local, and really run better races.”