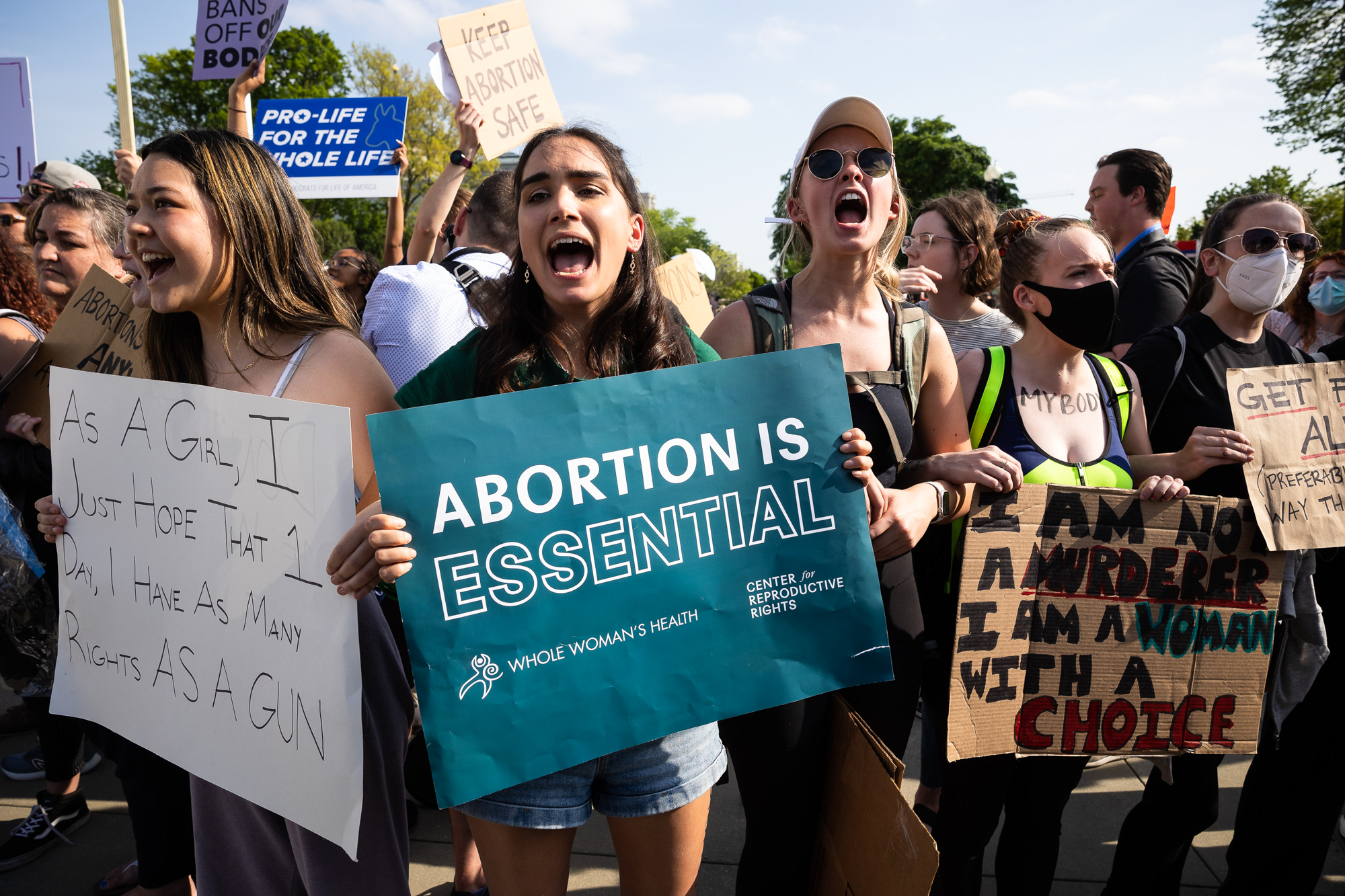 In the 23 hours after POLITICO reported a draft Supreme Court opinion that would overturn Roe v. Wade, ActBlue took in just $9 million — just a small uptick from the days prior.

The modest totals, which reached $12 million by midnight on Tuesday, based on a POLITICO analysis of the ActBlue donation tracker, are an early sign that Democrats can’t count on abortion to single-handedly turn around a midterm cycle that’s already trending badly for them. Interviews with more than a dozen Democratic pollsters and strategists Tuesday detailed a scramble within the party to parse how the seismic disclosure might affect base enthusiasm and reshape messaging ahead of the midterms — now that a theoretical threat has become real.

There is broad consensus that a ruling overturning Roe would help Democrats in some districts, potentially reducing their losses by drawing in suburban women who backed them in 2018. But few believe it would be enough to offset the brutal midterm environment and President Joe Biden’s sagging approval ratings.

One Democratic pollster, granted anonymity to discuss the issue candidly, acknowledged that the issue “will help at the margins,” but “to hold the House or Senate, we need inflation to go away.”

It’s also opening up a debate within the party about how much to lean into abortion as an animating message for the base, rather than focusing primarily on cost of living and job growth.

“Midterm voters care about affordability first and foremost, and they are not people who are worried every single day about losing access to abortion,” said Julie Roginsky, a Democratic strategist who began her career as a researcher at the abortion rights group EMILY’s List. “My fear continues to be that sometimes we as Democrats run on things that we wish the voters cared about, rather than what the voters do care about.”

“Is this something they lose sleep over every night?” she added. “No. What they do lose sleep over is, ‘I can’t fill up my gas tank, it’s really expensive. I can’t afford to send my kid to college, it’s really expensive.’ … Any voter who will vote purely based on [Roe] is an incredibly committed voter who will be coming out in the midterms, anyway.”

Rep. Susan Wild (D-Pa.), who represents a battleground district, argued Democrats can both run on restoring abortion rights and address concerns about inflation. “Nobody should be thinking to themselves, ‘Well, I can take a pass on these other issues, now that we have this one,’” she said. “If we can’t multitask, then we don’t belong in these jobs.”

“When I make decisions on what 30-second ad I’m going to run, it’s … determined by what is front of mind and center for voters,” said Rep. Susie Lee (D-Nev.), who represents a suburban Las Vegas House seat. “Especially in a state like Nevada where, 2-1, we voted to ensure a woman has a right to choose, this is going to be a motivating issue for voters.”

Polling on abortion is undoubtedly on Democrats’ side. Surveys of Americansroutinely find overwhelming support for abortion rights: A POLITICO/Morning Consult poll conducted Tuesday after news of the draft opinion showed just 28 percent of voters want the court to overturn Roe, versus 50 percent who think the precedent should stand.

But several Democratic pollsters and strategists noted that the party is still flying blind about what the reaction might be among voters. That’s because private polling showed they were skeptical that the Supreme Court would actually take this step. One pollster described how Democratic candidates would ask to “test for this scenario,” but “you can’t test for it until it happens,” the person said.

Jessica Floyd, president of American Bridge, a super PAC focused on activating female voters, said the group’s research in December found that a majority of voters supported Roe v. Wade. And they didn’t believe the Supreme Court would overrule it.

“What’s changed is that Republicans went through with their long-standing plans, which voters thought were protected,” she said. “The sound you’re hearing is a million phones ringing, as every group is digging into what this means because everything’s now changed.”

One problem for Democrats seeking to capitalize on the potential demise of Roe is that so much of the party’s base resides in heavily Democratic states where abortion is protected — and where Democrats were already moving to enact more stringent protections.

In more competitive states, recent history suggests voter intensity around the Supreme Court may do little for Democrats. In last year’s gubernatorial election in Virginia, Democrat Terry McAuliffe focused heavily on abortion, after the Supreme Court allowed a Texas law banning abortion after six weeks of pregnancy to take effect.

But his prediction that abortion would be a “huge motivator for individuals to come out and vote” fell flat. Among the small proportion of voters who listed abortion as their most important issue, a majority voted for the Republican, Glenn Youngkin, according to exit polls.

Several Democrats warned that it may take some time for the implications of the draft opinion to hit voters, but “once everyone knows this … is real and understands the ramifications of it, then it will drive mobilization,” said Stephanie Schriock, the former president of EMILY’s List. “Folks are still digesting this, and it’s not clear what it means for them … our side is going to have to put it up on TV, direct mail, on radio and on digital ads.”

The fury over Roe may turn out Democratic-leaning voters, giving the party a path to addressing its “enthusiasm gap” problem, which has plagued them in recent months. David Axelrod, the former adviser to Barack Obama, pointed to a finding in a January CNN poll that 58 percent of Democrats under 45 would be angry about the court overturning Roe.

“If they act on that anger by voting, it could make a difference in some close races,” Axelrod said in an email, calling the political dynamics surrounding the draft opinion “uncharted waters.”

Democrats are taking the Republican Party’s reaction to the disclosure — in which the GOP is focusing primarily on the disclosure of the draft opinion, not the substance — as an indication that Republicans are fearful of a backlash. One Democrat working on races in the Southwest said Republicans “know it’s a political killer for them,” and that “in a morbid way, it’s the first ray of sunshine this cycle.”

But there is also a fear among Democrats that putting Roe on the ballot could motivate Republicans as much as Democrats in November, and potentially cut into the party’s support among socially conservative Latinos.

The disclosure of the draft opinion also changed the timing of the Roe debate, potentially with negative consequences for Democrats. Even before the draft was reported, Democrats bullish on the political effects of Roe being overturned feared a June release of the decision might come too soon to help them in November. The disclosure pushed the Democratic outrage earlier in the calendar, with six months before the elections.

One Democratic strategist said Tuesday that it’s possible a court ruling against Roe will “light a fire under” their voters; Democrats “haven’t seen abortion as a working message for quite some time.”

The strategist added: “I just don’t see how this isn’t a bloodbath for Dems.”