BORIS JOHNSON WINS RACE TO BE BRITAIN’S NEXT LEADER 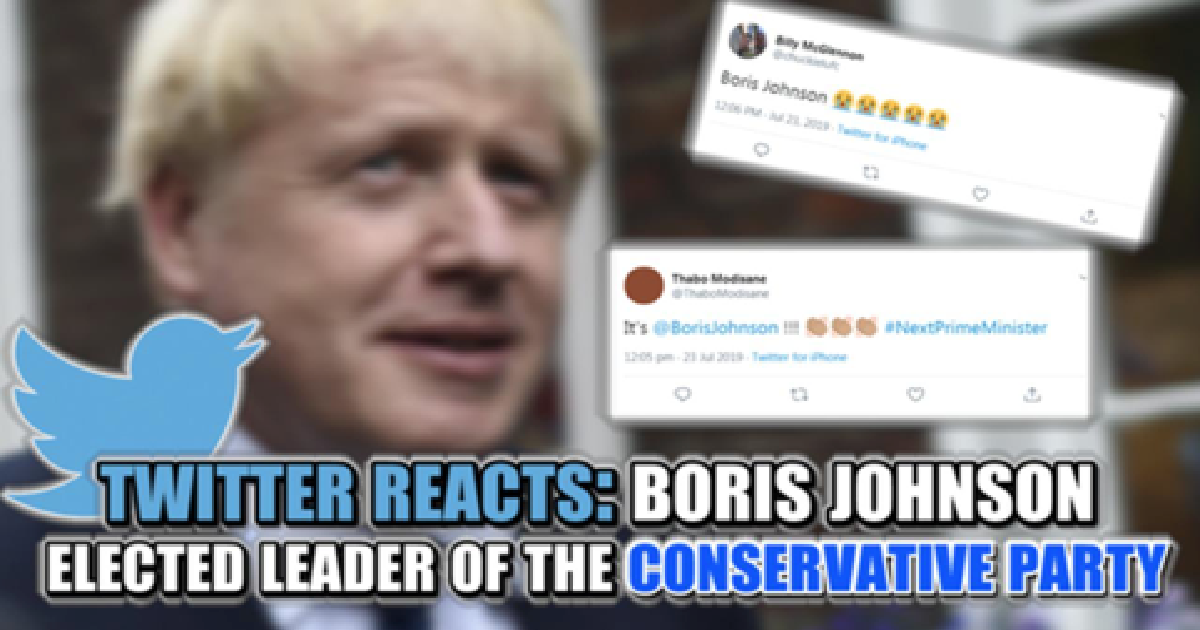 And yet, here we are. Boris Johnson’s lengthy journey to the summit of British politics was completed on Tuesday, when he was announced as the new leader of the Conservative Party — and Britain’s next prime minister.

In a characteristically lighthearted acceptance speech, Johnson conceded that even some of his own supporters may “wonder quite what they have done”.

He claimed the Tory party had historically demonstrated it could “manage the jostling instincts in the human heart” – such as those of owning a home and helping the poorest in society.

He reminded his audience of ministers and party staff of his campaign mantra: “Deliver Brexit, unite the country and defeat Jeremy Corbyn.”

A request by former Foreign Office minister Alan Duncan to hold an emergency debate to test whether Johnson could command the confidence of the House of Commons was yesterday rejected by the Speaker, John Bercow. But Tory MPs, including former attorney general Dominic Grieve and Stephen Hammond, have warned that they are prepared to back a motion of no confidence in the government in order to prevent a no-deal Brexit. Johnson has vowed that the UK will leave the EU by 31 October “do or die”.

He was also blamed by some colleagues, including the Foreign Office minister Alan Duncan, for the resignation of the ambassador to Washington, Kim Darroch, after confidential diplomatic cables about Donald Trump were leaked.

A video related this article:

And International Development Secretary Rory Stewart confirmed he would be returning to the backbenches, where he would be spending more time “serving Cumbria” and “walking”.

David Gauke, another vocal opponent of a no-deal Brexit, announced he was resigning as justice secretary.

They join the likes of Chancellor Philip Hammond, Foreign Office minister Sir Alan Duncan and Culture Minister Margot James who have all said they disagree too strongly with Mr Johnson’s Brexit strategy to work closely with him.

Mr Johnson is expected to make a statement to Parliament about his Brexit strategy and take questions from MPs. Parliament will break up for its summer recess later.

The new PM will also continue announcing his new cabinet.

Johnson is likely to embark on fresh negotiations with EU leaders and key Brussels decision-makers as soon as possible, with a view to securing changes to May’s deal in time for the Halloween deadline.

But with no secure majority, and Labour determined to demand a referendum on any deal he brings back from Brussels, many MPs believe he could be forced to call a general election within months in order to win a mandate for his plan.

‘THE PEOPLE CAN’T TAKE IT ANYMORE’: PUERTO RICO ERUPTS IN A DAY OF PROTESTS

Obama to deliver warning of democracy’s peril against...

He defied Trump and still survived a GOP...

He’s one of the most powerful gun lobbyists...