People of Pakistan and Pakistani media were in their inquisitive nature to find out the breaking and burning news of today. The day was to hear the verdict of the Former PM Nawaz Sharif’s bail and suspension of his petition in Supreme Court. All eyes were on Chief Justice of Pakistan to finalize the decision and do justice with this case. 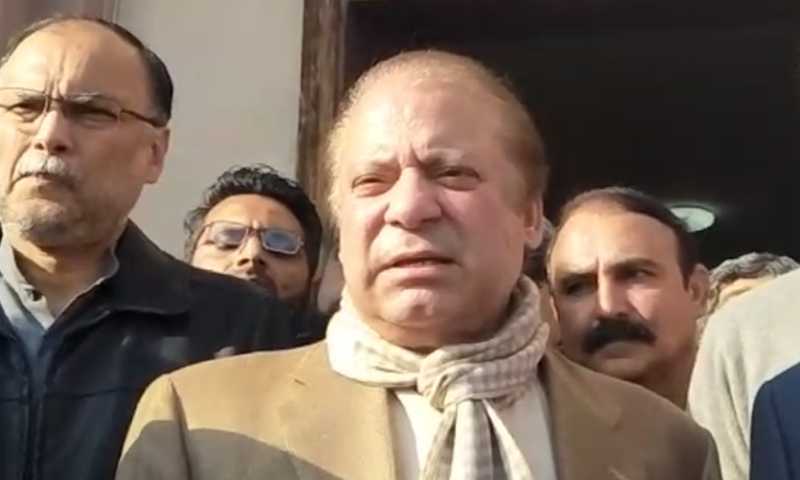 The petition of bail and suspension of seven years sentence in Al-Azizia reference was once filed and got rejected by Islamabad High Court. But it was filed again in Supreme Court of Pakistan with same arguments. Today was the day when the verdict was to be heard of and this verdict was finalized by a three-judge bench headed by the Chief justice Asif Saeed Khosaf. Lawyer of Nawaz Sharif and NAB prosecutors have ended their arguments and the decision was sealed. Judgment was unlocked recently and it was:

“Nawaz Sharif bail was accepted on the basis of his medical condition for six weeks. But will not be allowed to visit abroad. A security bond of 50,000 will have to payed by him. And he was told that he would get arrested if he failed to surrender.” Relief was given that bail can be extended if the health of Nawaz Sharif doesn’t get better.

Arguments in front of CJP in a petition of bail

There were arguments by the defense and opposition on the worse health condition of Nawaz Sharif and no severe illness in Nawaz Sharif’s health. Opposition lawyer tried to Justified his arguments by providing the letter of Dr.Lawrence which was rejected by CJP himself saying “Letter was not addressing the court, it is just a letter to one person Adnan and it looks like to be in between two individuals.”

In defense NAB prosecutor claimed that there is no life threating illness with Nawaz Sharif to plea for the bail. As the bail was rejected once from Islamabad High on 25th February 2019. Nab prosecutor urged CPJ to reject the application and stays on the Islamabad High Court Decision.