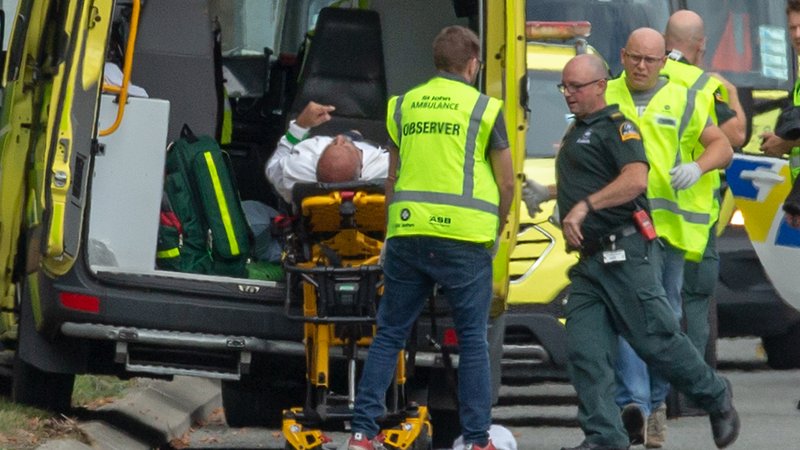 An attack on two crowded mosques in Christchurch during afternoon prayers has left 49 people dead on what Prime Minister Jacinda Ardern described as “one of New Zealand’s darkest days”.

The Masjid al Noor mosque in central Christchurch was filled with worshippers when the attack happened, as was the second mosque in suburban Linwood.

Forty-one people died at the Al Noor mosque and seven others at the Lindenwood mosque. It is unclear where the 49th victim was killed.

A gunman broadcast live footage on Facebook of the attack on one mosque after publishing a “manifesto” in which he denounced immigrants.

Police urged all mosques across New Zealand to shut their doors in the wake of the incident.

Police Commissioner Mike Bush said a man in his late 20s has been charged with murder, but did not identify him.

“It is clear that this can now only be described as a terrorist attack. From what we know, it does appear to have been well planned,” she said.

New Zealand health authorities said 48 people, including children, are being treated for injuries ranging from minor to critical.

Witnesses spoke of seeing bloodied bodies, with children also believed to be among the dead, and police warned of “extremely distressing footage” of the incident circulating on the internet.

Police said four people – three men and a woman – had been taken into custody, and that they had found and neutralized a number of IEDs (improvised explosive devices).

Ms. Ardern said “the four people in police custody held extremist views, but had not been on any police watchlists.”

Australian Prime Minister Scott Morrison said one of the people being held is an Australian citizen.

He said the shooting in Christchurch was carried out by “an extremist, right-wing, violent terrorist” who was an Australian-born citizen.
News Source: www.rte.ie