WWE Diva Nikki Bella now thinks that the John Cena taunts from Ronda Rousey will now stop as she delivered a verbal blow on WWE Raw on Monday night. Earlier this year, Nikki Bella and WWE legend John Cena broke off their engagement.

The former champions and WWE diva, Nikki Bella, recently returned to the ring and will challenge the Raw women’s title against Ronda Rousey at the women’s-only Evolution pay-per-view this Sunday. 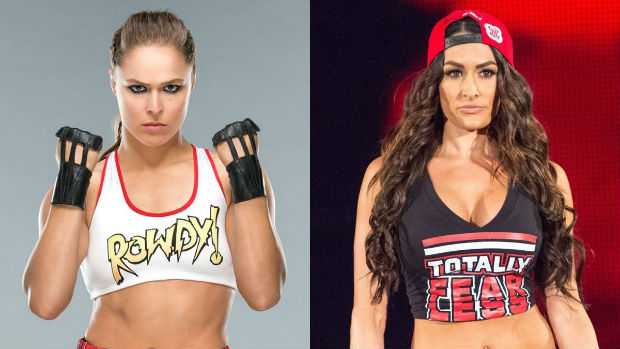 Bella, along with her twin sister Brie, caught into a verbal battle against former UFC women’s champion Ronda Rousey earlier this month. And, she slapped Rousey in the face during their contract signing last Monday. Rousey, after that incident, retorted with her comments on Bella’s public break-up with WWE legend John Cena.

Rousey teased Nikki Bella while saying that the only door she had ever knocked was “to John Cena’s bedroom and he eventually threw you out of that exact door”. Bella recently broke her silence for the first time while talking to the New York Post and said: “I’ve grown thick-skinned to it.” 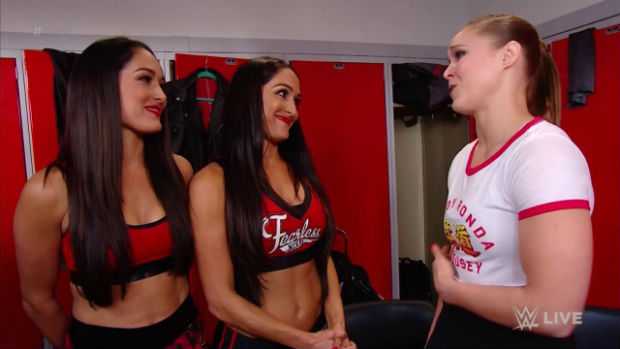 She further said “I just can’t wait for the day it can stop and not every promo towards me brings up my ex and I think it will [stop],” and added “I think there will come a day for that, but maybe there won’t, but I do hope so.”

While talking about John Cena, Bella stated “John was my biggest supporter. He gave me amazing advice,” and further added, “I’d pick his brain all the time, and that’s what he did for my career, [like] everyone who has that special person in their life.” Whatever the recent verbal battle tells, Rousey is the clear favorite to retain her women’s title this Sunday.