The 18-year-old football forward Emile Smith Rowe scored a brilliant goal against Vorskla last night in the Europa League. And now, the Arsenal manager Unai Emery thinks that he can be a great example of Arsenal’s young players and their talents. Besides Rowe, Joe Willock and Aaron Ramsey also scored in the 3-0 victory of Chelsea while securing their place in the Europa League knockout phase.

Unai Emery sent a makeshift team to participate in the Europa League match against Vorskla last night as UEFA shifted the game to Kiev at a short notice. They had done the shifting due to the newly-introduced martial law. However, it seems the change of plans didn’t affect Arsenal much as they got their much-needed win in the Europa League. 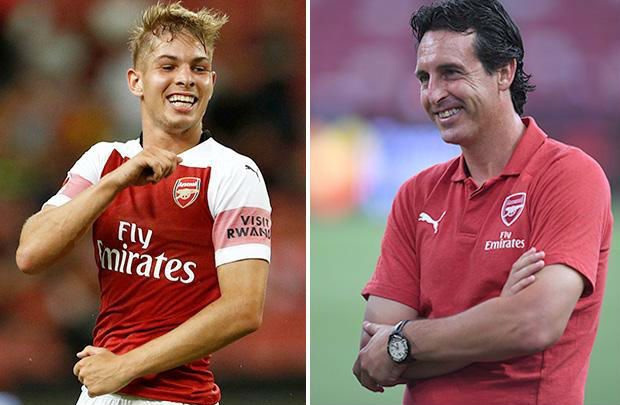 While talking about the performance of Emile Smith Rowe against Vorskla, Arsenal manager Unai Emery told in a news conference that “He is taking confidence, he is taking responsibility and also I think his performance in 90 minutes is very good.” Besides Arsenal, Rowe also made his appearance for the England u-19 side this year and scored once in 4 matches.

Unai Emery, while talking about the talent and quality of the Gunners’ academy, said “He is a good example for the other young players. We think they can help us but they need the confidence of playing matches, not only working with us in the training sessions.” 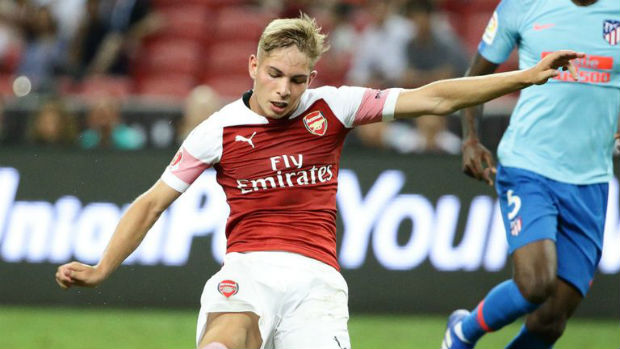 He also expressed his views on the young players and their prospect in the Arsenal senior squad while saying “They need to take minutes in matches like today. We want and have the responsibility with the young players like Emile but also the others for them to stay, work and show us that they can improve and stay with us.”

Unai Emery then said “We were thinking today about our victory and also to create with the right players and to give chances to a lot of players. We played with young players also and they are working with us in training every day. In the 90 minutes, the first thing for us is to win, and then finish the match with some substitutions and the end result.”

How good was this guy tonight? 🔥🔥🔥 pic.twitter.com/8MaSUL3tUH