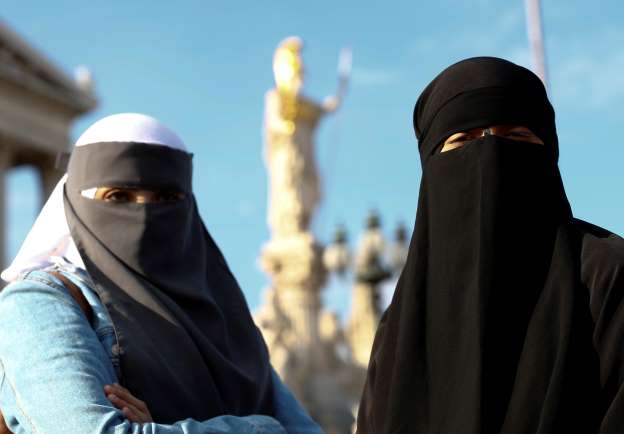 Veil, Hijab, and burqa are some ways by which Muslim Women cover their body face and head. I this world they are to be identified and dignified with their look and uniqueness in dressing style. Its been their identification on any of the occasion and ceremony around the globe.

Today Sri Lankan’s authorities have banned veil or burqa of the Muslim women for the security purpose. This would be a helpful action for the identification of suspects and their supporters in Indian Ocean Island as easily possible.

The reason behind the Burqa Ban

This order is to be passed after the attack on hotels and churches on 21st April 2019 with a large number of bombings leading to 250 deaths till now and counting. Officials have still some doubts that there would be some of the suspects and their supporters are underground, but they are to be caught as early as possible. For the security reasons and identification of the culprits, this law is to be passed.

With 9.7% of the Sri Lankan’s population i.e. 22 million this law is to impose on their women who wear a veil, as to concern most of them don’t wear a veil in public but to those who wear it will cause a problem. The burqa has been a symbol of identification and uniqueness of Muslim Women and they have carried it for many years in Sri Lanka. But the last few days it has been such difficulty and hardship for every Sri Lankan and every eye in the world tear on this wildest and vicious attack from the militant side. 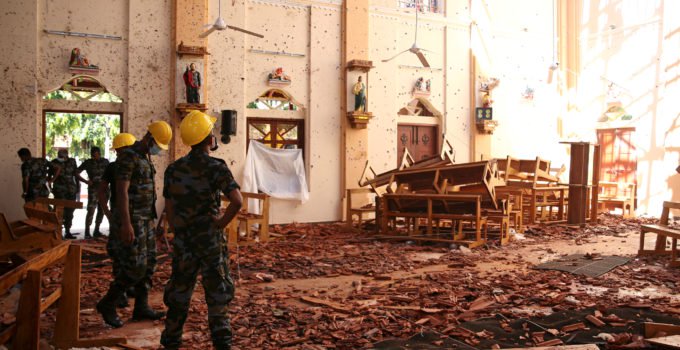 Statement of the officials

The Sri Lankan government have passed this law today with the security and protection purpose of their people with the statement from Dharmasri Bandara Ekanayake, a spokesman for President Maithripala Sirisena “It is a presidential order to ban any dress covering faces with immediate effect.” Along with him, the justice minister has been asked to regulate the laws to ban the burqa from the country’s Prime Minister Ranil Wickremesinghe. 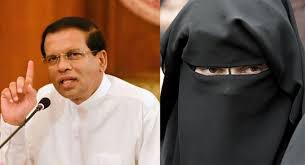 Muslim community leader and other local people have supported this law but for short-term notice, not lifetime banned just due to the atmosphere and security issues in Sri Lanka. The All Ceylon Jamiyyathul Ulama (ACJU), the top body of Islamic scholars in Sri Lanka said that “We have given guidance to the Muslim women to not to cover their faces in this emergency situation.” But added to the statement “If you make it a law, people will become emotional and this will bring another bad impact. It is their religious right.”

While Kenneth Roth- the Human Right Watch executive director have banned and tweeted against this act referring to that most of the women who wear burqa had just to stay on the home only because this rule is to be implemented. His words were “That needless restriction means that Muslim women whose practice leads them to cover up now won’t be able to leave home.” 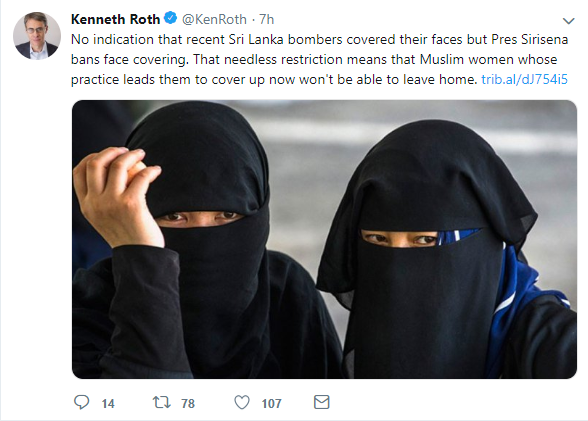 To the local Muslim community, it’s okay to be with the law as it’s the security of their own and as they are the resident of Sri Lanka it’s their duty to obey the law in the need of the hour. This time its the world who consolidate and stays with Sri Lanka in this need of grief.

My name's meaning speaks for myself. I'm person of much paitence and obedient. My strenghts are to be as stubborn to the work given as to the last breath. I love to travel and my weakness is food.

Cat is Blind Due to Neglect, Her Life Turned Around by Love