Cats and birds are natural predator-and-prey animals. You may even witness a cat and bird be friends, but, it can never be trusted. A cat’s natural instinct to pounce, capture, and play with the bird can manifest at any time. Of course, each cat and each bird are different. But here is a different story to share with you.
George is a fluffy striped cat who lives in New Zealand. His next-door neighbors owns three delicious-looking birds living inside their home. While this sounds like a recipe for the cat, so for precautionary measures the birds are kept safely indoors. George is kept separated from the birds with a thick pane of window glass. But George wants friendship with the birds. 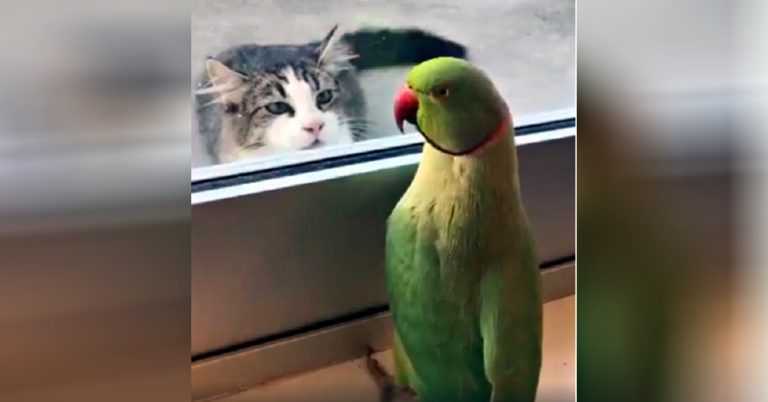 George visit the house daily to have a look at the bird and let him go inside. He and his feathered friend are going seriously viral on social media. The bird’s owner uploaded their video to her Facebook page. In the video, George squares off against Oscar, a two-year-old Indian Ringneck parakeet for chatting. Oscar chose just one word to use when he spotted George hovering outside his window: “peekaboo.”

The Indian ring-necked parakeet is not a shy bird, and does best with an owner who appreciates an outgoing companion that is not afraid to demand what it wants! Indian ring-necks can also be quite talkative. A devoted owner will do best with this temperamental bird that requires a great deal of attention to remain tame. However, the Indian ring-necked will charm and delight the person who takes the time to appreciate its other qualities — a playful exuberance and a remarkable talking ability. 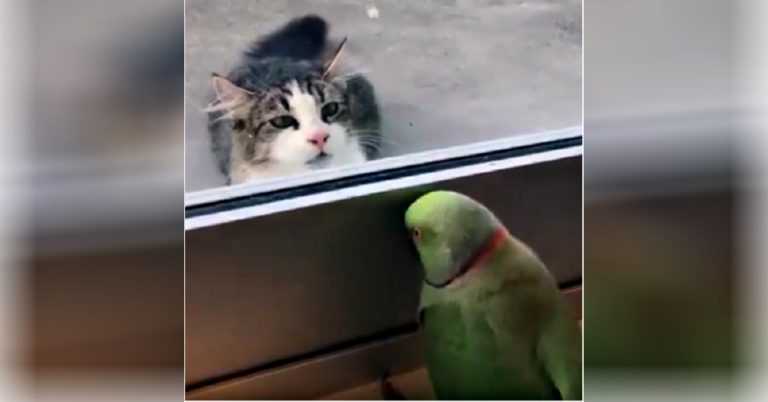 Oscar bobs his head down under the window sill and then pops up and says, “Peekaboo!” over and over. It’s not just a fluke; he’s using the word absolutely correctly and in the perfect context. Oscar isn’t just saying “peekaboo” but he’s actually playing the hiding game with the cat. While poor old George stares at the lovely bird who remains out of his grasp, he can just enjoy the bird’s company outside. 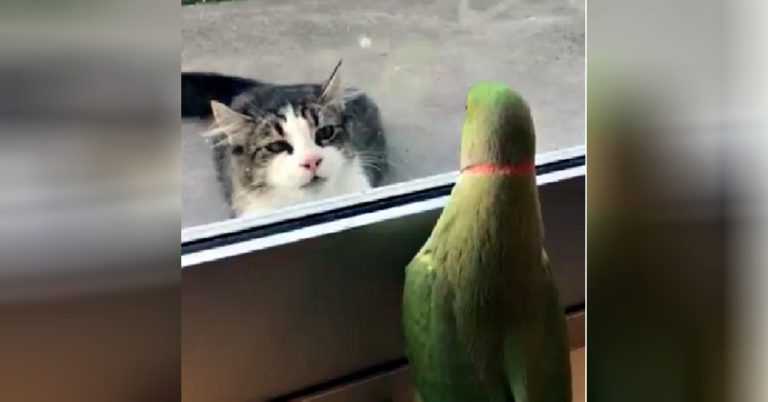 We’d recognize that angry facial expression and twitching tail anywhere. In fact, this scene looks so familiar we can’t help but think we’ve seen it before. 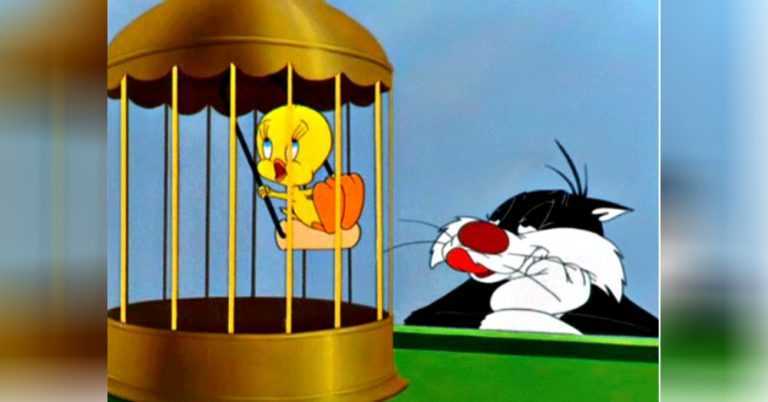 When  Oscar’s owner shared the clip online it went viral worldwide. It has millions of viewers and Oscar’s owners say they are delighted and overwhelmed by all of the attention and appreciation.

“Oscar is as shocked & confused as we are that his video has gone absolutely crazy!” they wrote on Instagram. “We woke up to sooo many emails & messages regarding him playing peekaboo with George the Cat… We are so glad that our little green monkey makes you all so happy.” 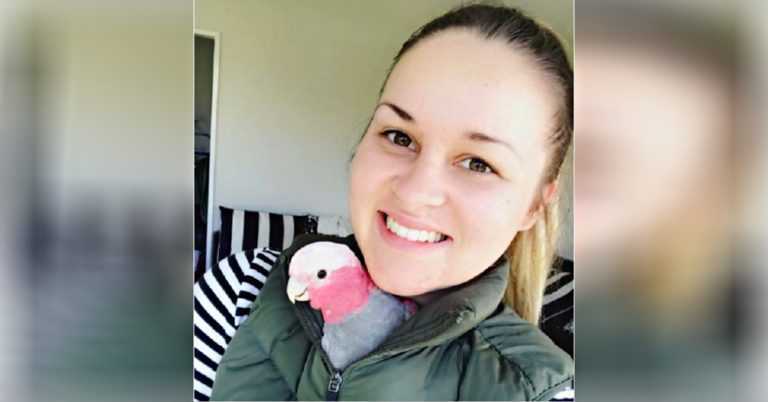 Oscar lives with his owners and another bird named Poppy. He is satisfied and happy in his lifestyle choices, even if that includes having the occasional visits and play date with the neighborhood cat. We are also surprised by the bird and cat’s interaction.