Ozil and Ronaldo were teammates from 2010 to 2013, when both were in Real Madrid. The two had developed a wonderful attacking partnership alongside other Real Madrid forwards and had made Real Madrid the most formidable attacking team in the world.

Mesut Ozil has recently written an article on the official website of his current club, Arsenal and in this article he has told why Roanldo is among the greatest of all time. Ozil wrote that he always asked one question, that what was it like to play alongside Cristiano Ronaldo. And Ozil’s answer is that he has not seen anyone like Ronaldo. 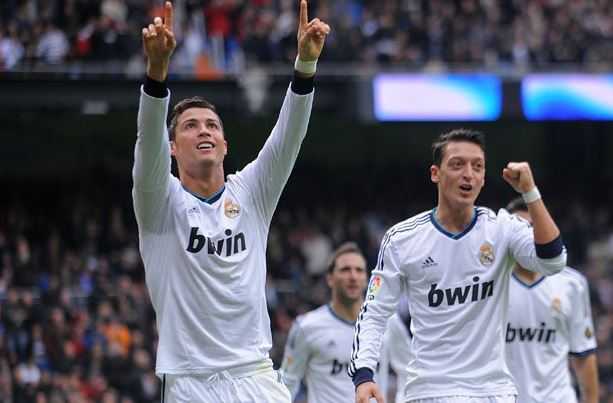 According to Ozil, Ronaldo is the most hardworking player and he is the first player to get into the training ground and the last player to leave. Ozil further tells that Ronaldo is a highly professional player and he always wants to show his best game and to win. This attitude is not only restricted to professional matches. Ronaldo shows the same spirit and passion during training.

Writing about his time at Real Madrid, Ozil says that it was really easy for him to play at Real Madrid and to perform well. And one of the reasons was the fact that he only had to provide a couple of chances to Ronaldo and he would do the rest. The goal scoring abilities of Ronaldo and the chance to goal ratio is just amazing. And this is something that makes Ronaldo one of the greatest footballers of all time.