The massive fire broke out at a 200-year old National Museum in Rio de Janeiro in Brazil, which was home to millions of ancient artefacts, memorabilia and archaeological findings. The Museum established back in 1818 was regarded as one of the oldest scientific institutions in Brazil. The fire which broke to unknown reasons broke out after the visiting hours which lessens the chances of any human life loss at the scene.

The firefighters rushed to the scene within no time but still, the fire stoppage operation is underway, as per the locals. The sergeant from the state’s firefighting headquarters told that the firefighting team was dispatched at 07:30 pm. Still, no information about the injuries or extent of damage isn’t out, but with Brazil’s President Michel Temer statement coming out, it seems that massive fire engulfed much of the ancient founds and hampered the Brazilian history to the greater extent as well. 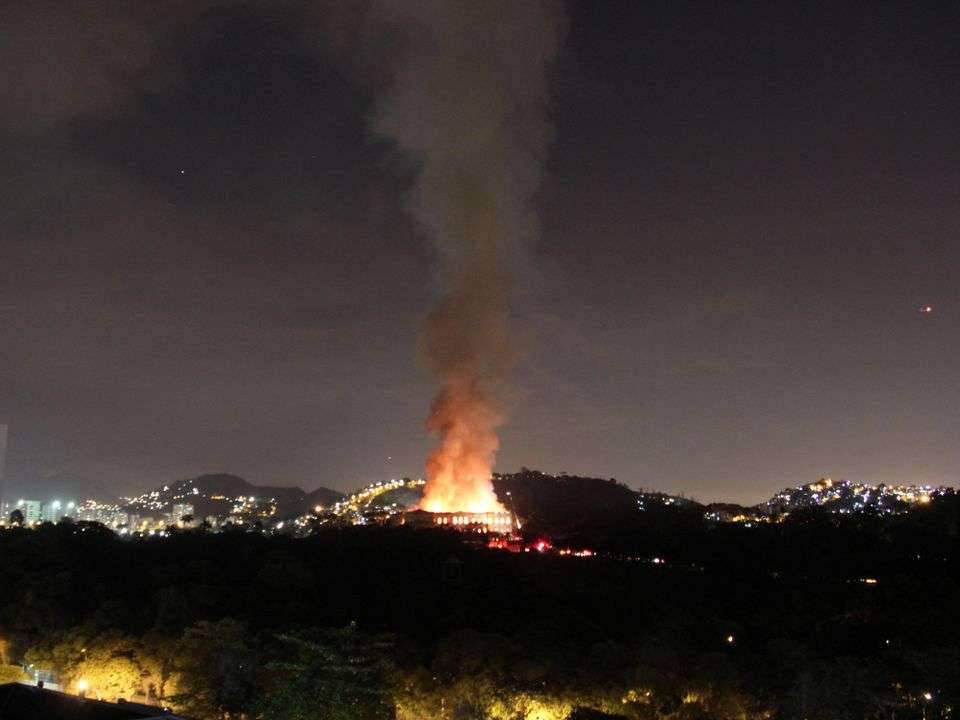 “200 years of work, research and knowledge have been lost. The value of our history cannot be measured by the damage to the building that housed the royal family during the empire. It’s a sad day for all Brazilians.” Brazil’ President wrote on Twitter.

The reason behind this fire broke out still remains unknown by leaving several other questions in the minds of people as well.

The Museum which is best known for anthropology and natural history in America has also previously served as the residence Portuguese royal family, back in the 19th century.

It should be noted here that this oldest Museum in the country was under control of the Rio de Janeiro federal university and the Education Ministry, which makes it rich heritage and learning for the students of the country as well.