Forty-Six Years old Giudice’s future is in doubt due to his recent decision related to his future plans. His future remains unclear in the United States of America. It is confirmed that he has a short span of time behind the bars. 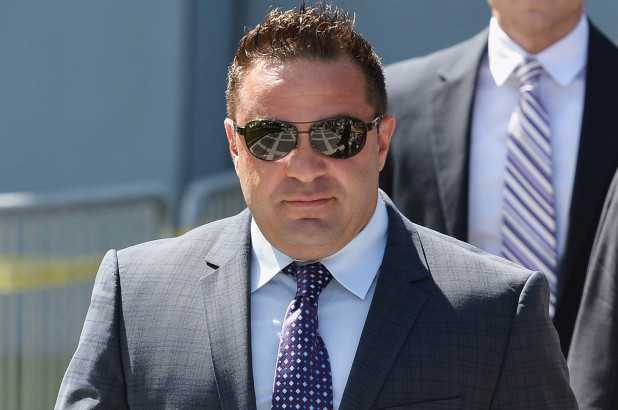 It is announced that Giudice will be released on 14th March 2019, but now the date of his freedom is unclear and written as unknown on Federal Bureau of Prisons lists as he awaits the decision on his appeal for deportation.

Teresa Giudice is his loving wife. Her husband is serving a forty-month prison sentence for scam activity and later, had been set to be deported to his native land Italy.

the Executive Office for Immigration recently gives the confirmation that his case is still in under review. His case is in Limbo.

Although it is announced to release him on 14th March, The federal sentenced does expire on 14th March but Teresa Giudice’s attorney James J. Leonard Jr said on last Friday, “However, due to the immigration order and detainer lodged against him, that is not a release date meaning he is not coming home on that date. We are optimistic that once his appeal is heard, he will receive the appropriate relief and will be able to come home and remain there with his family. They love him, they support him and they miss him tremendously.”

His appeal will take time almost around one and half year required to complete this case unless the court gave the order to release him. But he will remain in custody. This situation explained by some hidden sources. Giudice will probably be transferred to immigration to grasp the facility in the coming weeks. Added by some internal sources.

The Insider Added info, “His wife and kids regularly visit him and spending time with him. He is very loving to his family.” This process will continue until he will be able to get an immigration facility.

Teresa a famous star and was an actor in “Real Housewives of New Jersey” is her wife. They got married in 1999. They had four daughters Gia, 18, Gabriella, 15, Milania, 13, and Audriana, 10. Teresa is forty-six years old. She revealed the secret that on the “RHONJ” reunion that they would divorce if he will order get back to Italy.