Ian McKellen famous Actor and Activist share his tweet in which he apologized for remarks about Kevin Spacey. He apologized on remarks in which he tried to give own statement that allegation of sexual abuse that have been leveled against Bryan Singer and Kevin Spacey resulted from the attention seekers and entertainers who are uncomfortable with their own sexuality. 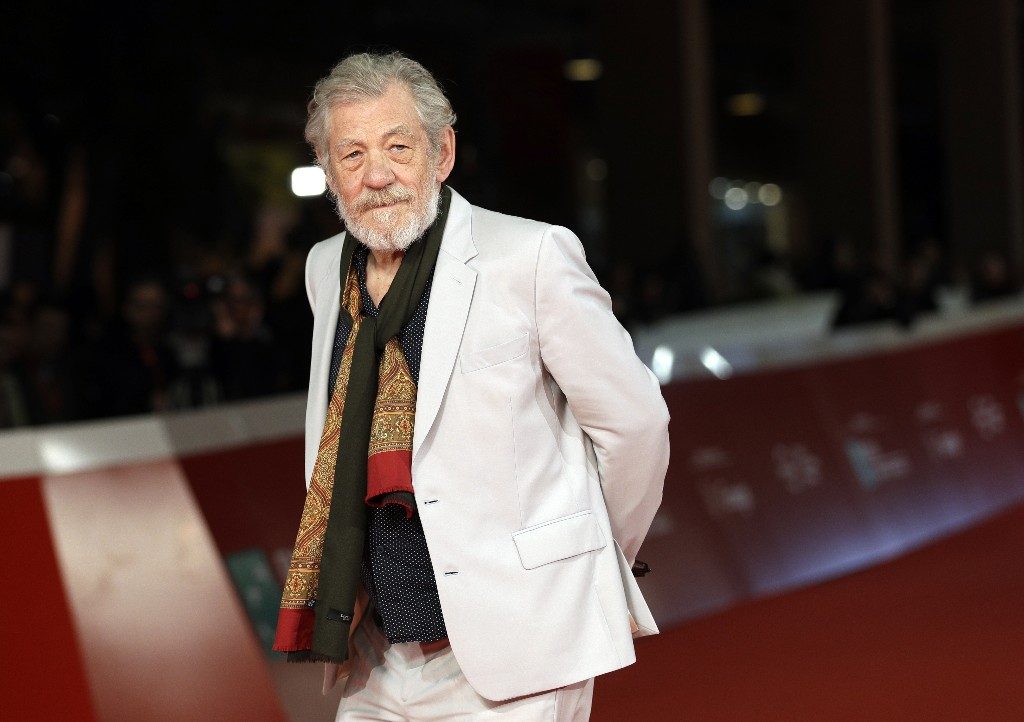 McKellen used his statement through tweet while his live podcast “clumsily expressed”. He said” “I suggested that if closeted people were instead open about their sexuality they wouldn’t abuse others. That, of course, is wrong. 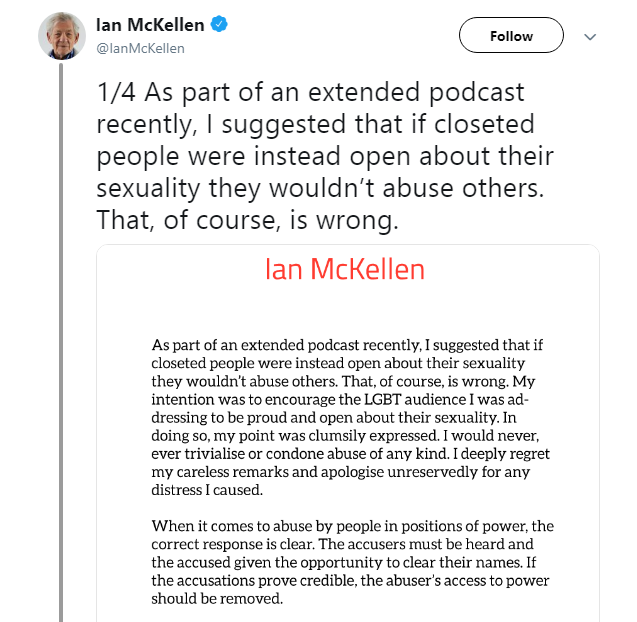 He apologized on his nonserious statement by sharing his words in such a way: “would never, ever trivialize or condone abuse of any kind. I deeply regret my careless remarks and apologize unreservedly for any distress I caused.”

On the other side, both Bryan Singer and Kevin Spacey denied any allegation of wrongdoing in relation.