Prince Harry and Meghan Markle arrived at Nausori Airport on Tuesday after completing their first leg of their royal tour in Australia. The royal couple recently announced that they are expecting their first child. And now, Fiji welcomes them with a red carpet. They definitely looked as glamorous as they always looked, even with Meghan holding onto her hat! 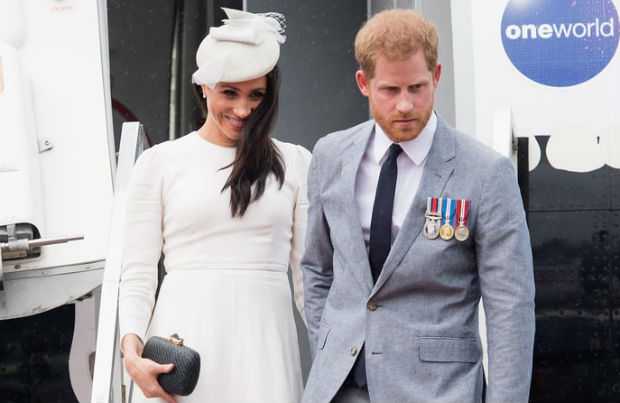 The 37-year-old Duchess of Sussex, Meghan, flaunted her white long-sleeved dress by Australian brand Zimmermann with a matching headpiece by Stephen Jones. She also looked even more glamorous with her black clutch by Kaya Anna and black heels.

The 34-year-old Harry looked even more elegant with his grey suit and skinny black tie. Three of the royal medals complimented his royal look at Fiji Airport. 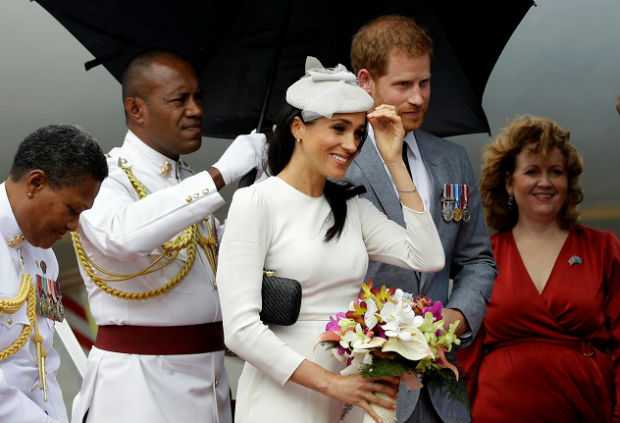 Meghan Markle depends on her own jewelry box as she wore a brilliant tennis bracelet gifted by her father-in-law Prince Charles. She also wore the royal present from Queen Elizabeth, the pearl and diamond drop earrings. Meghan also wore that royal piece when she joined Prince Harry at the WellChild Awards last month. 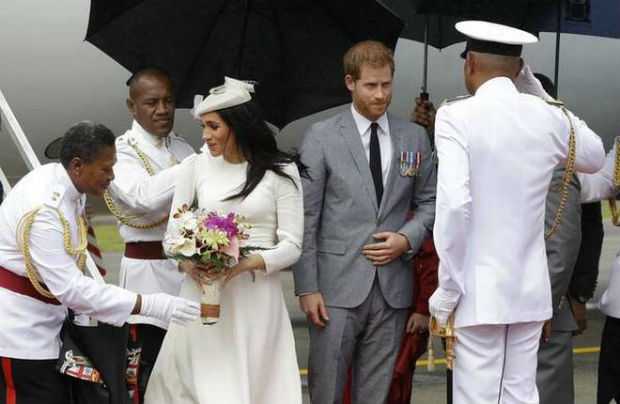 Even after their announcement of their soon-to-be-born first child, they did not change their plans to visit Fiji and Tonga. The royal couple reportedly asked for medical advice as those places are now affected by the Zika virus. The Head of the Department of Disease Control at the London School of Hygiene and Tropical Medicine, Professor James G. Logan, stated “I’m sure that they will have sought travel health advice in terms of protective methods in terms of mosquito bites. There is a lot you can do to minimize risks.” 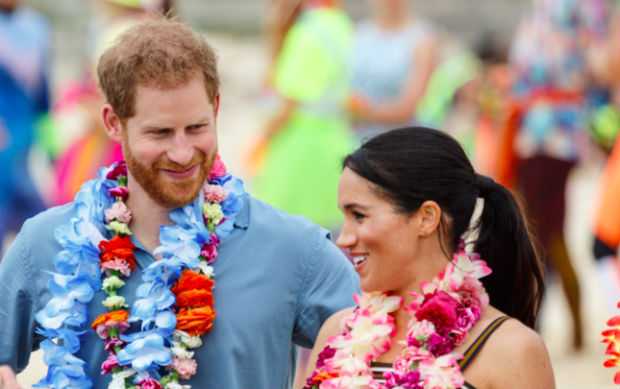 He also added “The advice would be to wear a repellent which contains an active ingredient and wear that repellent all day and all evening. You have to put the repellent on like a hand cream. You have to really rub it in. If you squirt it on like a perfume, that won’t do anything because the mosquito will find a bit that’s not covered. A spray or a lotion is fine but really rub it in and reapply it often. There are four active ingredients, one of the main ones is DEET and it’s safe to use that during pregnancy.”