FB arrested 28-year-old Robert Rundo, the leader of a violent California neo-Nazi gang, on the charge of federal conspiracy. A resident of Huntington Beach, California, Rundo is now held at the federal jail in downtown Los Angeles since Tuesday after he has escaped the country earlier this month.

Rundo allegedly crossed the Mexico border from California around two weeks ago and afterward made his way to the Central American region. The US officials brought him back to the United States and arrested him at the Los Angeles International Airport this Sunday. 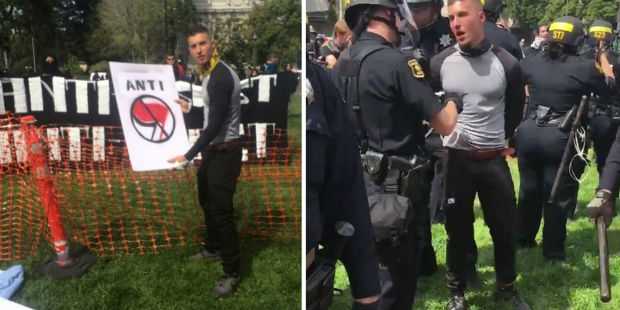 He is the founder member of the Southern California based neo-Nazi gang called the Rise Above Movement whose members were linked to the violent protest throughout California in 2017. He, along with three other members of his group, Robert Boman, Tyler Laube, and Aaron Eason, were charged for provoking riots last year. FBI already arrested Boman and Laube from Southern California on Tuesday and is now searching Aaron Eason.

Michael Miselis, Thomas Gillen, Cole White, and Benjamin Daley, the other four members of the ‘Rise Above Movement’, were also arrested for conspiring riots and also for attacking the counter-protestors at the Unite The Right rally in Charlottesville last year. Robert Rundo fled the country to Central America after the arrest of these four violent members. 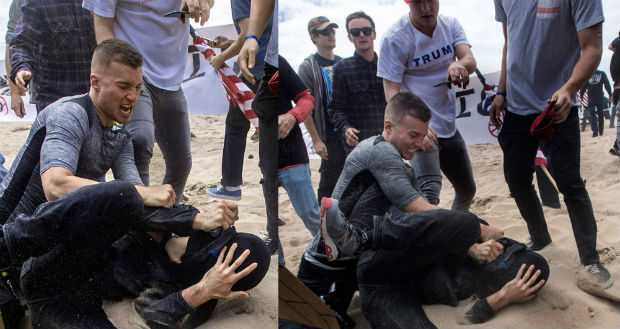 FBI, on their statement regarding Rundo and his gang, said that they used the internet “to prepare to incite and participate in violence”. FBI also expressed that the gang members applauded each other for the violent attacks and also “publicly documented their assaults in order to recruit more members.”

The top federal prosecutor in Los Angeles, Nicola T. Hanna, issued a statement Wednesday saying “Every American has a right to peacefully organize, march and protest in support of their beliefs — but no one has the right to violently assault their political opponents.” Before the establishment of his ‘Rise Above Movement’, Rundo served 20 months in the New York State prison for violently stabbing one of the rival members of the MS-13 gang in Flushing, Queens, in 2009.

Robert Rundo, a Queens ex-con who founded the Rise Above Movement, a violent white supremacist gang, is arrested by the FBI after fleeing the country, indicted w/4 other RAM members on conspiracy charges. w/@adamgoldmanNYT https://t.co/txW6jLcS1c