President Donald Trump expressed his strong views against the religious persecution followed by the violent shooting in a Pittsburgh synagogue this Saturday. He condemned the deadly attack while stating that it was an “assault on humanity.”

The violent incident happened inside the ‘Tree of Life Synagogue’ in Pennsylvania on Saturday. A gunman entered the synagogue at the predominantly Jewish Squirrel Hill neighborhood and opened fire, and took the lives of at least 11 people. 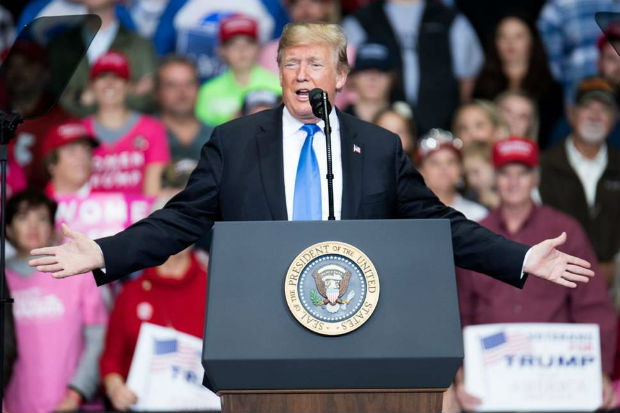 From the campaign rally for the Illinois representative Mike Bost, Donald Trump said “This evil, anti-Semitic attack is an assault on all of us. It is an assault on humanity,” the president said, reiterating remarks he’d made about the episode earlier in the day. “It must be confronted and condemned everywhere it rears its ugly head. We must stand with our Jewish brothers and sisters to defeat anti-Semitism and vanquish the forces of hate.”

He also said, “Those seeking their destruction, we will seek their destruction.” Trump further condemned the persecution while saying “We must draw a line in the sand and say very strongly, never again,” and added, “We can’t allow people like this to become important.” 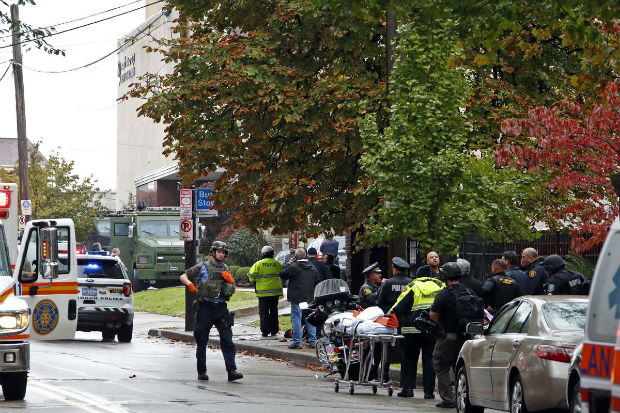 Trump also shared his condolences from the Illinois rally and blamed the violent attack as “the mass murder of Jewish Americans.” Besides citizens, four federal officers were also injured in the synagogue shooting. Trump later tweeted “We pray for those who perished and their loved ones, and our hearts go out to the brave police officers who sustained serious injuries…,”

Donald Trump is currently in the rally to earn the victory for the Republicans in the upcoming midterm elections on 6th November which will determine the control of the Congress.