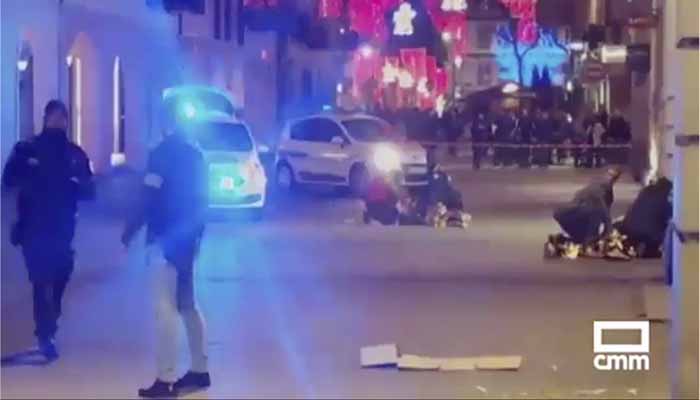 The scene of the recent attack is France’s largest market and is only set up during Christmas Season.

A terrorism investigation has been opened by the Authorities to gain further insight into the incident. The European Parliament is also located in Strasbourg , which has been immediately put on emergency lock down.

Christophe Castaner the French Interior minister told media that the suspected attacker has had previous convictions in both Germany and France , however the charges were not terrorism related.

The attackers house was raided by French Gendarmes (Police) a few hours before the shooting. Stephane Morisse a Police Union Rep said that the raid teams found explosive material inside the suspects residence.

France has unfortunately been the epicenter of the most violent terror attacks in Europe in the past. The French Authorities have mobilized security reinforcements  to Strasbourg.

Two Helicopters and around 350 Security officials have been tasked with hunting out the alleged attacker, who has a track record of armed confrontations with law enforcement agencies.

The attacker was shot and wounded by soldiers guarding the Christmas market.

“I heard two or three shots at around 7:55 p.m., then I heard screams. I got close to the window. I saw people running. After that I closed the shutters. Then I heard more shots, closer this time,” Yoann Bazard, 27, a Strasbourg Resident.

Another witness was Freelance journalist Camille Belsoeur. He initially mistook  the gunshots for firecrackers.

“I thought maybe it’s firecrackers,And then, as it got close, it was really shocking. There were a lot of screams. … There were police or soldiers shouting ‘Get inside!’ and ‘Put your hands on your head.’”

In recent years France has been hit by high profile terrorist organizations multiple times. Hundreds of French citizens have lost their lives in these horrific attacks.