Aasia Bibi’s case has gained International recognition due to its sensitive nature. Aasia Bibi was recently acquitted last month by the Supreme Court of Pakistan for the Blasphemy Charges that had been leveled against her 7 years ago.

In a recent development, representatives of the United Kingdom Parliament have spoken out in Aasia Bibi’s favor and demanded that she must be granted political asylum by United Kingdom.

70 Representatives of the United Kingdom Parliament have written to British P.M Theresa May to ask for Aasia Bibi’s Asylum. The movement came after the United Kingdom Foreign Office advised the Home Department to refrain from extending a political asylum offer to Aasia Bibi. The advice was given fearing the safety of British Council Staff in Pakistan.

MP(Member of Parliament) Atta-Ur-Rehman Chishti took the initiative to ask for Aasia Bibi’s Asylum. The MP had previously met with Aasia Bibi’s Husband and Daughter in London; who expressed their consideration for seeking asylum in the United Kingdom.

“UK must stand up to its moral obligation to do the right thing,” .

Authored letter supported by near 70 MPs/Lords to ?? Government PM @theresa_may calling on ?? to offer Asylum to Asia Bibi who has been acquitted of Blasphemy by ?? Supreme Court. ?? must stand up to its moral obligation to do the right thing. @acn_uk pic.twitter.com/J80JxlhKqI 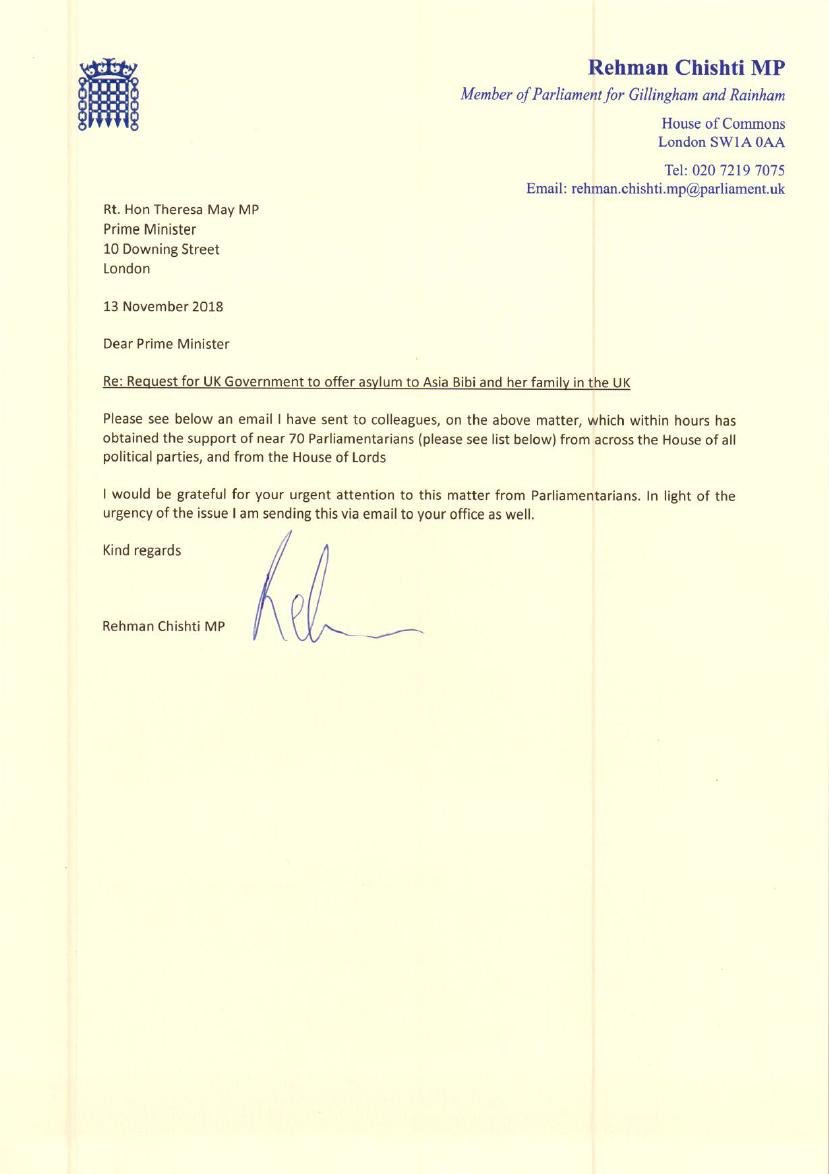 The letter asks the government of United Kingdom to

The letter also states that the decision to offer asylum will be made in line with the United Kingdom’s personal moral obligation to human rights and religious freedom.

The signatories of the Letter are :