According to the federal authorities, the deadliest US crash has happened in near a decade at the crowded store place in Upstate New York. Police received the information of a deadly car collision just before 2 PM in Schoharie, a crowded place about 30 miles west of Albany.  A 2001 Ford Excursion limousine was traveling on State Route 30 flew into a parking lot after the driver “failed to stop”. 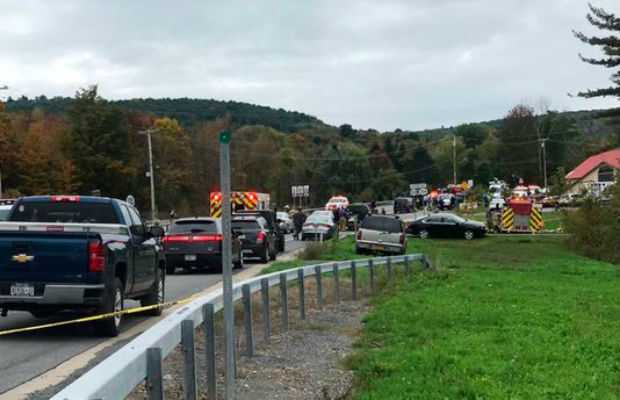 After hitting two pedestrians standing nearby, the limo finally struck a 2015 Toyota Highlander. First Deputy Superintendent of the New York State Police, Christopher Fiore, said: “There were witnesses on the scene, but just from the evidence discovered at the crash, it was apparent that this was the direction of travel and what happened.” The National Transportation Safety Board has already sent their “go team” to investigate the crash site.

Everyone inside that limo, including the driver, died in that horrific crash. Schoharie Town Supervisor Alan Tavenner, while talking about the incident, stated: “If somebody’s new to the area or not familiar with the area, I can see how it’d be easy to miss that you’re coming down to the T-intersection and going to have to stop at the bottom of it.” 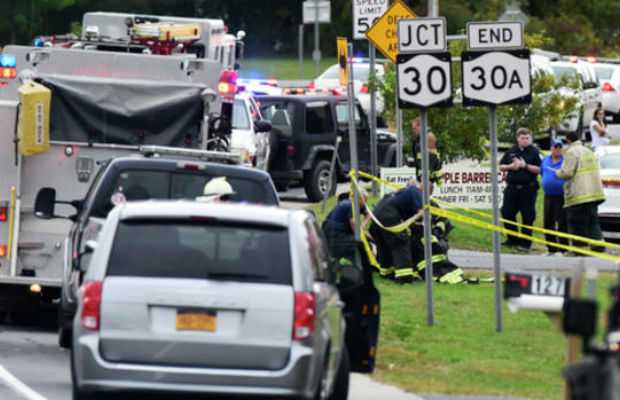 NTSB Chairman Robert Sumwalt also said “Twenty fatalities is just horrific,” and added, “This is the most deadly transportation accident in this country since February of 2009.” The manager of the nearby Apple Barrel Country Store and Café, Jessica Kirby, told the New York Times that “I don’t want to describe the scene,” and added “We’ve heard accidents before. You know that sound when it happens.”