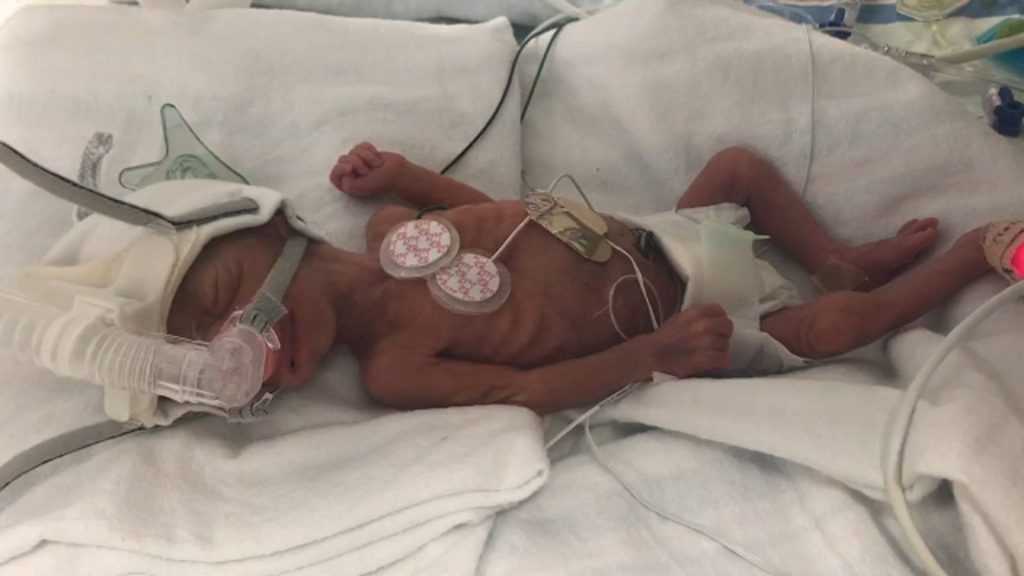 The baby, named Hannah Bella Rodriguez, grew to 5 pounds and 5 ounces before being officially discharged and with a very special ceremony conducted at the Nassau University Medical Center on Tuesday.

The mother, Jennifer Pena de Mena, because of pregnancy complications was hospitalized in June and after her heart rate started to decline the doctors took the decision to deliver Hannah the next month through a C-section.

Being just the size of an adult hand after being delivered, Hannah became the smallest baby to be born at the hospital.

Jennifer said, she was “so scared” upon hearing about the emergency C-section but the staff comforted her during the procedure and told her everything is for Hannah.

After stabilizing and growing, the doctors let Hannah be discharged but will need to be brought back for regular check-ups for premature newborns but the mother isn’t worried at all as she said, “everything is going to be OK.” During the discharging ceremony, Jennifer thanked the hospital staff she’d entrusted with taking care of her and the miracle baby and said, “I never lost my faith” and that “She’s always going to be my beautiful baby, and I love her.”