Liverpool kept up the topper-challenge of the Premier League with their marvelous 3-0 win against Watford this Saturday. Pep Guardiola’s Manchester City is now standing at the top of the table with 11 wins in their 13 Premier League matches. But, Liverpool is giving them a tough competition as they are now just 2-point behind with their 10 wins.

Manchester City recently achieved a smooth win at Vicarage Road against West Ham by 4-0. But, Swiss star Xherdan Shaqiri thinks that the reds “will be there until the end” in this year’s Premier League title race. Liverpool is definitely in a great form now as they have conceded just five goals in their last 13 Premier League matches. 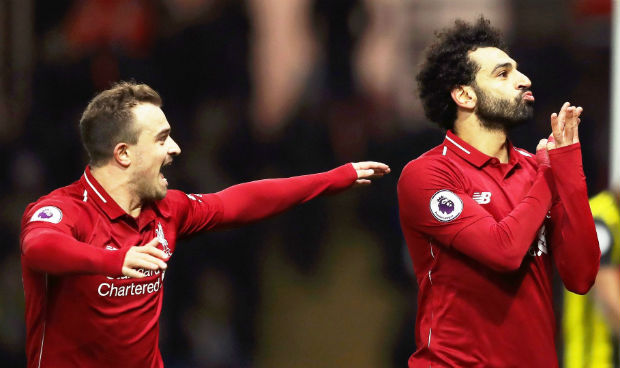 While talking about Manchester City, 27-year-old Swiss international Xherdan Shaqiri told: “We’re going to be there until the end!” He then added, “We don’t have to look to Man City, we just have to look to ourselves and try to give our good performance on the pitch and win games, that’s the most important thing.”

He then also told “Every game has its own history and we have to look game to game and not look where we’re staying at the end of the season. When you win games like this, we’re going to fight to the end for a lot of things so I think we just have to keep going, keep working hard and win games.” 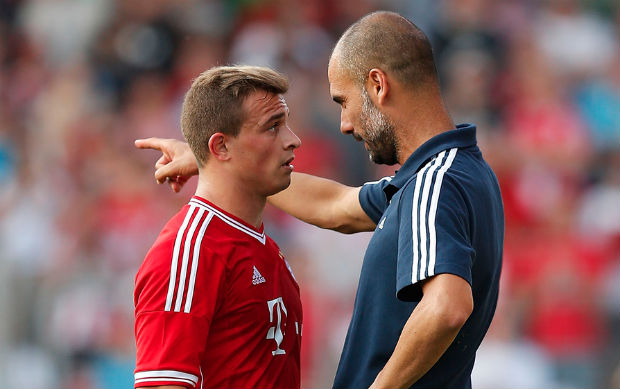 Shaqiri also talked about his current form in Liverpool and said “I’m feeling good, I’m fit and that’s important for me,” and added, “I think you can see that also on the pitch, that I’m settling in well with the team.” He then talked about his performance while saying “I think you saw that also [against Watford]. First half, I tried to give them some good passes. I’m feeling good, it was important to win and it was a good win.”

Liverpool will face Everton in the Merseyside derby at Anfield next Sunday. And, Shaqiri also gave his views on that while saying “It’s my first derby so it’s going to be, for sure, very special. I want to see and to feel the atmospheres in these derbies,” and then added “It’s going to be very special and I’m just looking forward to this game. I know just one Evertonian and he said to me when I was at Stoke, ‘You have to come to Everton’. But I always said ‘No!’”