Swiss international Xherdan Shaqiri now admits that he is enjoying his life at Anfield under their manager Jurgen Klopp. However, he also told that his best at Liverpool is yet to come. Following his 2018 FIFA World Cup performance, Shaqiri opted for his $17 million transfer this summer from Stoke City to Liverpool.

He recently scored his second goal in the Reds’ jersey in their Sunday night clash against Fulham. The 27-year-old footballer is now playing amazingly fit and well under the guidance of Jurgen Klopp. Besides, he also became a popular figure among the Liverpool supporters and received an ovation during his substitution at the weekend against Fulham. 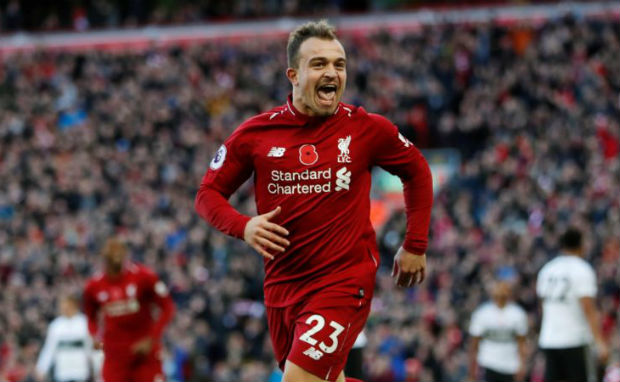 While talking about his time at Liverpool, Shaqiri said “I’m feeling good. I’m fit, and I’m trying to give my best every time I get a chance,” and then added “It’s always nice when you get a standing ovation or the people are behind you. We have amazing fans and I scored again in front of the Kop so it was a nice feeling. I’m getting used to it!” 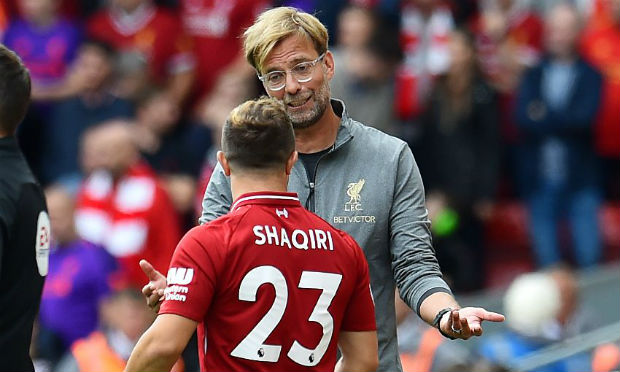 He also talked about his performance against Fulham saying “I was fresh, I stayed here and trained with some other players. But it doesn’t change a lot. I wanted to give a good performance [against Fulham] and yeah, it was a good one.” He also added his verdict on Klopp while saying “I think in the end it is the coach’s decision who is playing and against who. He will change the teams against who we are playing and he chooses the team who he thinks is [in] the right moment and the right team to win games.”

While talking about his Liverpool teammates and their standards, Shaqiri said “Well, I played in Bayern Munich with Franck Ribery and Arjen Robben so I knew it already,” and further added “It was nothing new for me. I knew already how good these very talented players were. We have a very good team, a young team also, so our process is going very well and I’m just proud to be part of this team.”