Manchester City finished off their Premier League title race on Sunday with a 4-1 win over Brighton that secured them their first back to back titles. However, the hard work isn’t all done for City just yet though as Guardiola’s men still have an FA Cup final to contend with, on Saturday against Watford.

The one trophy that alludes them is the Champions League trophy after they missed out on in this season with another disappointing performance.

Now to add insult to injury,according to the New York Times, an investigatory panel is about to suggest to UEFA that City’s alleged breaches of the Financial Fair Play rules justify a one year ban from the Champions League.

The investigation is to do with the club allegedly misleading the European football governing body over the cost of certain sponsorships that come from the United Arab Emirates, like the country’s airlines Etihad sponsoring the club. 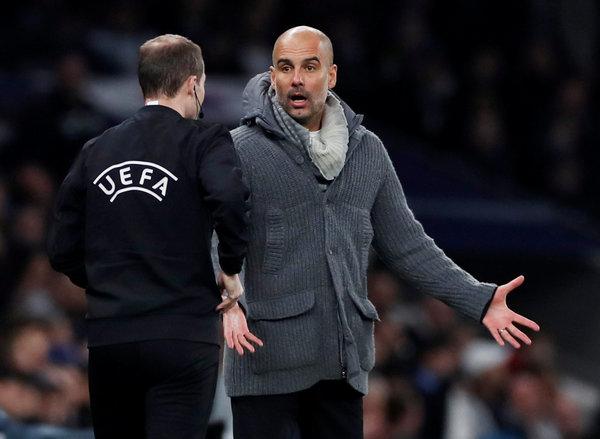 Spiegel’s story from the now famous Footy Leaks stories suggested back in November that the Premier League champions had broken the FFP rules, which led to the investigation.