So the much speculated UEFA Nations League has finally kicked off. The day 1 of the first season of the league promissed some cracking matches. However, most of the critical encounters lacked the usual flare of competitions. Some teams did press hard to get good results. In case you did not have enough time to watch the entire matches of your favorite teams and you are wondering what happened on the first day of the event, we’ve got you covered. Here are all the details of the Day 1 fixtures of the UEFA Nations League:

League A – Group 1 – Germany vs France

The match ended in a goalless draw with both teams not going out of the way to score. France, the World Champions, showed their dominance with attacking game play. Germany also had their moments, However, neither of the teams could score.

Ukraine won by 2 goals to 1. Patrik Schick of Czech Republic opened the scoring in the 4th minute of the game. However, Ukraine equalized via Yevheniy Konoplyanka’s goal in the 45th minute of the match. The winning goal was scored by Oleksandr Zinchenko in the 90th minute.

League B – Group 4 – Wales vs Ireland 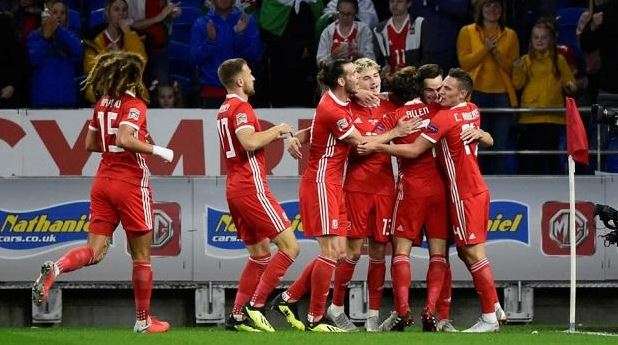 Wales were the only team winning convincingly. The end score was 4 – 1 in favour of Wales. Tom Lawrence, Gareth Bale, Aaron Ramsey, and Connor Robert scored the goals for Wales. Ireland’s only goal was scored by Shaun Williams

Norway won by 2 goals to nil thanks to Stefan Johansen who scored both the goals for Norway. Cyprus could not pose any considrable threat to Norway’s defence.

The tightly contested match ended with Bulgaria’s 2 – 1 victory. Bozhidar Kraev scored both the goals for Bulgaria. Slovenia’s only goal was scored by Miha Zajc.

Georgia won the match by 2 goals to nil. Thanks to a goal by Giorgi Chakvetadze in the 69th minute and an own goal by Ergiy Malyi in the 74th minute of the game.

This league D fixture ended up nil nil. Both the teams played pretty rough and created numerous chances. However, neither of the teams was able to find the break through. The match featured a total of 7 yellow cards shown to players.

This tightly contested game ended with Armenia winning by 2 goals to 1. Marcos Pineiro Pizzelli scored in the 30th minute of the game to give Amrenia the lead. It was equalized imediately in the 33rd minute by Sandro Wolfinger. Tigran Barseghyan scored the winning goal for Armenia in the 76th minute of the match.

FYR Macedonia grabbed the victory against Gibraltar by 2 goals to nil. Ivan Trickovski opened the scoring for Macedonia in the 19th minute and Ezgjan Aliioski made sure in the 35th minute that Macedonia get an easy win.