Just two weeks after the Argentine fractured his arm, Ernesto Valverde named Lionel Messi in the Barcelona squad to play against Inter Milan tonight. But, he assures that Barcelona is not going to take any undue risk against Inter. Messi, on the other hand, has already made his return to the training ground last week and started to display a promising sign of recovery since the very first day.

Since his tragic accident during the match against Sevilla on 20th October, Messi has not played any game for the Catalan side. However, Valverde now included him in the Barcelona squad that is going to face Inter Milan in the UEFA Champions League. Barcelona, on the other hand, have won all the last four matches without Messi. They defeated Inter Milan in the first leg by 2-0 and also demolished Real Madrid in El Clasico by 5-1. 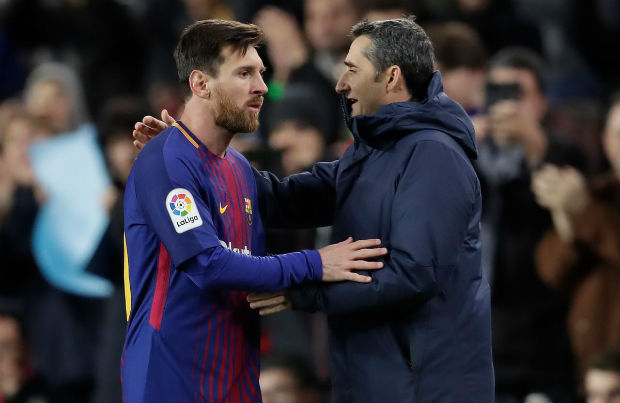 While talking about Messi, Valverde said “Leo is at the point where he could be available, but we have to wait. It depends on training,” and further added “There are three or four options, but we will not take risks [with Messi]. He also expressed that “I think it’s better if he’s there. More than anything because he is one more [player] and so we have more to choose from. Of course, it is necessary for Messi to recover.”

If Barcelona defeats Inter Milan at San Siro tonight, they are going to clinch the top place in the Group B of the UEFA Champions League 2018-19. Barcelona manager Ernesto Valverde thinks that Luciano Spalletti’s men will throw a tougher challenge to Barcelona, although they faced a one-sided defeat in their previous meeting. 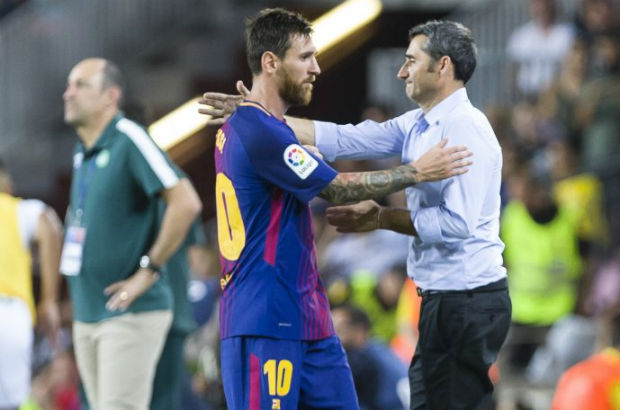 Valverde clearly stated that “To already be in this situation in the fourth game of the group is great. But I do not want to take too many risks. We are going to prepare for the game. We would like to win, of course,” and then added “We need to control the game to try to reach the goal. It’s the same for Inter. But you also have to be forceful.”

While talking about tonight’s clash, Valverde said “We’re expecting a similar opponent to the one we had at Camp Nou – definitely more aggressive because of the pressure [on them],’ and added “Inter have good intensity, they want to dominate the game and press high. That’s why they’ve had such a good run this season. We expect a better Inter.”