Wolves and Portugal midfielder Ruben Neves, 25, is a target for Arsenal. (Sky Sports)

Poland striker Robert Lewandowski plans to leave Bayern Munich in the summer and has agreed terms on a move to Barcelona. The 33-year-old’s deal with Bayern runs out in summer 2023. (TVP Sport, via Mail)

Lewandowski could leave Bayern Munich in the summer but talk about an agreement with Barcelona is premature and he is set to hold initial talks over a new deal with his current club in the coming weeks. (Goal)

Pep Guardiola is also keen on adding River Plate midfielder Enzo Fernandez to his squad, having monitored the 21-year-old Argentine after Manchester City signed his team-mate and compatriot Julian Alvarez, 22, in January. (Goal)

Besiktas left-back Ridvan Yilmaz, 20, could link up with Turkey international team-mate Caglar Soyuncu at Leicester, with the Foxes preparing an £8.3m (10m euros) bid to beat off competition from Torino and Stuttgart. (TGRT Haber – in Turkish)

How Eintracht Frankfurt helped Holocaust survivor speak about the war

Despite their strong interest in Nunez, Arsenal have slipped down the pecking order for his signature, behind Manchester United, Chelsea and PSG. (The Athletic – subscription required)

Liverpool and Belgium striker Divock Origi, 26, has agreed a deal with AC Milan to join the Italian club on a free transfer in the summer. (Sport Mediaset, via Football Italia)

Chelsea’s Romelu Lukaku could end up back at the San Siro as former Inter Milan president Massimo Moratti says the Serie A club have a difficult decision to make between signing the 28-year-old Belgium striker and Juventus and Argentina forward Paulo Dybala, 28. (Rai, via Goal) 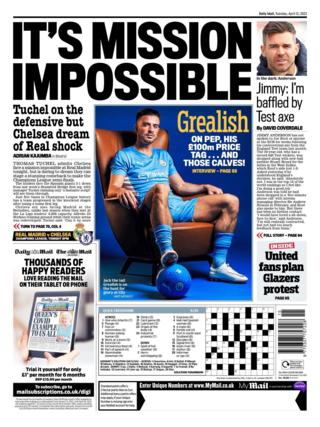