Health
KHN’s ‘What the Health?’: Waking Up to Baby Formula Shortage
Posted onMay 19, 2022 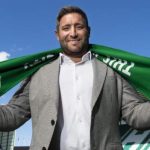 Juventus are ready to offer Manchester United and France midfielder Paul Pogba £8m a year – which is around £160,000 a week – plus a huge bonus package and signing-on fees. Pogba’s contract runs out this summer and Manchester City are reportedly interested in the 29-year-old. (Mirror)

The agent of Brazil and Manchester City forward Gabriel Jesus has confirmed that the 25-year-old has held talks with Arsenal over a possible transfer. (Guardian)

Manchester United’s summer transfer plans are in disarray after three midfield transfer targets for the summer have rejected a move to Old Trafford. (Star)

Manchester United have been told they will have to pay £85.5m if they want to sign Nigeria striker Victor Osimhen, 23, from Napoli this summer. (Calciomercato, via Four Four Two)

West Ham have offered 23-year-old England midfielder Declan Rice, who is a Chelsea and Manchester United target, an eight year contract worth £200,000 a week to remain with the club. (Talksport)

However, Rice will not accept West Ham’s offer. (GiveMeSport)

All change at Vicarage Road…

Aston Villa are close to announcing the permanent signing of Brazil and Barcelona playmaker Philippe Coutinho, 29, who has been on loan at Villa Park since January. (Fabrizio Romano)

Manchester United will have to pay RB Leipzig and Austria forward Konrad Laimer’s £34m release clause if they want to sign the 24-year-old. (Transfermarkt – in German)

Crystal Palace want to sign Chelsea and England midfielder Conor Gallagher, 22, on a permanent basis after he won the club’s Player of the Season award while on loan with the club. (Talksport)

Former Manchester United and England midfielder Michael Carrick, 40, is favourite to be the next Lincoln City manager. (Football Insider) 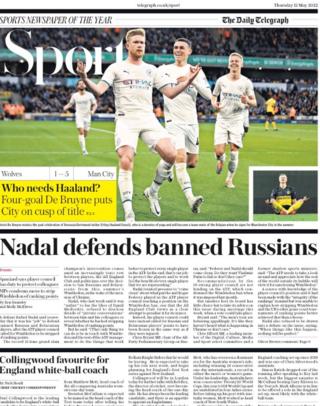