Christmas is nearby and everyone is busy shopping their favorite jumpers to flaunt this winter. Jumpers with vivid colors and flamboyant looks made a re-entry in the fashion market a few years back. And now, even Premier League football clubs are also making exclusive jumpers for their fans. Some clubs are following the traditional routes and designs where many clubs this year are doing a little offbeat and pushed their boundaries a little far in term of color selection and design.

Most of the fans, even the fanatic ones, find it hard to flaunt such acentric-looking club wears in other times of the year. But you know, it’s Christmas, and everything is justified in love and Christmas. So, check out our exclusive pick of best Christmas jumpers made by the Premier League football clubs this year. 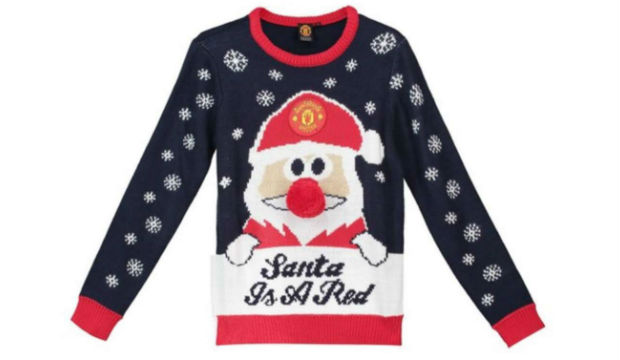 Manchester United seems in great Christmas mood, although they are not doing much great in the Premier League this year as they are now standing in the eighth place of the league table. But, they don’t want to spoil the mood of their fans. And for that, they have launched exclusive Christmas jumpers this year. Their new jumpers feature Santa with a Manchester United hat. Besides, it is also written ‘Santa is a Red’. The unique snowflakes designs on the sleeves are also great, indeed. 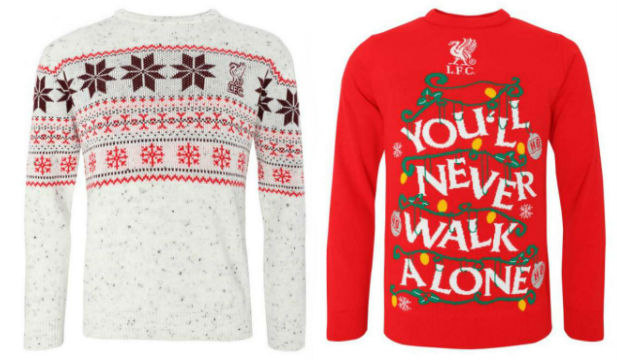 Liverpool has launched two new jumpers this festive season for their fans. The first one is quite traditional as it features a Christmas design with the club’s crest on the heart. The more vivid one features a solid red color to signify their traditional jersey with the ‘You’ll Never Walk Alone’ written on it. And not only that, but even a Jurgen Klopp jumper is also available in the market this year for this Christmas season. They just love their manager, isn’t it?

Chelsea went a little too far in terms of the design as they launched two new and unique jumpers in this Christmas season. The first one allows the fan to appear in an elf’s body in their traditional blue jersey with the tagline ‘Chelsea elfie’ written on it. The second one flaunts Santa clause with his reindeers over the skyline of Chelsea’s home-city London. This particular jumper also features the club’s name in bold to make their fans prouder this festive season. 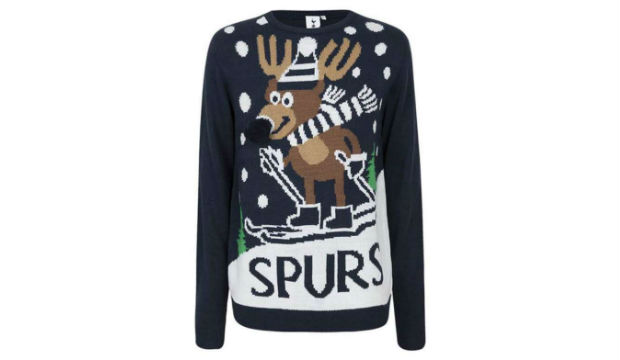 Tottenham is now enjoying quite a good season this time while holding the fourth place in the Premier League table as of now with 9 wins in their 12 league matches. Not only that, but the Spurs titans also gave their best during their international duties this year. And to celebrate the overall success, they came up with a unique design for their Christmas jumpers having a skiing reindeer with the club’s scarf on its neck. Besides, no one can miss the ‘Spurs’ written in bold and capital in front of the jumpers. 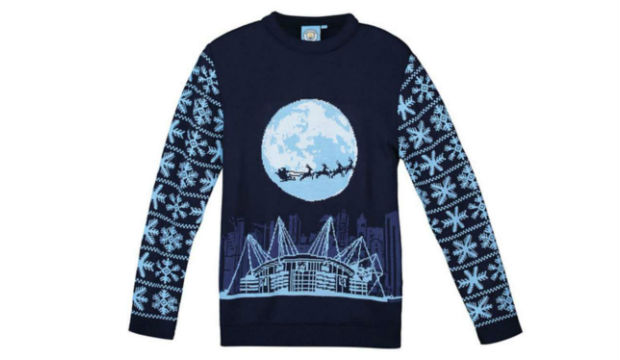 The citizens are now in a great mood as they are holding the top spot in the Premier League table this year with no loss in their 12 league games. Besides, they also topped the ‘Group F’ of the UEFA Champions League this season with 9 points. Their Christmas jumper features the Etihad Stadium with Santa flying above the home ground with his reindeers in a silhouette-style in front of a big blue moon.