There is no denying that Neymar Jr. and Kylian Mbappe have formed a terrific partnership and have emerged as one of the best attacking duos in the world. However, there is another duo that might just be better and is performing even better than Neymar and Mbappe.

Paco Alcacer and Jadon Sancho have not only combined to take Borussia Dortmund at the top of the Bundesliga Table, but the duo has also emerged as the best in Europe. Neymar Jr. and Kylian Mbappe are among the most expensive players in history, yet they have been outshined by Jadon Sancho and Paco Alcacer. 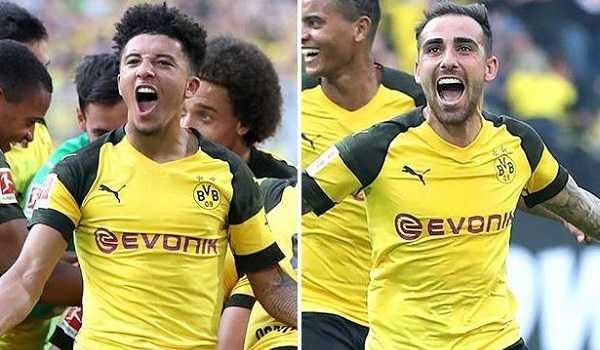 On Saturday, Sancho and Alcacer each scored in the Borussia Dortmund’s 4 – nil win over VfB Stuttgart. Alcacer has now scored 7 goals in the league and is currently the top scorer of the league. On the other hand, Jadon Sancho has scored 2 goals in the league and has provided 6 assists. Snacho is the top assists provider in Bundesliga. Together, Alcacer and Sancho have directly helped their team score 15 goals.

These stats look even more prolific in the context that the duo has only started 3 of the eight games that they have featured in this season. And they have played for only 430 minutes this season. On the other hand Neymar and Mbappe have been able to help their team score 23 goals. However, they have taken 1,203 minutes to achieve the feat. 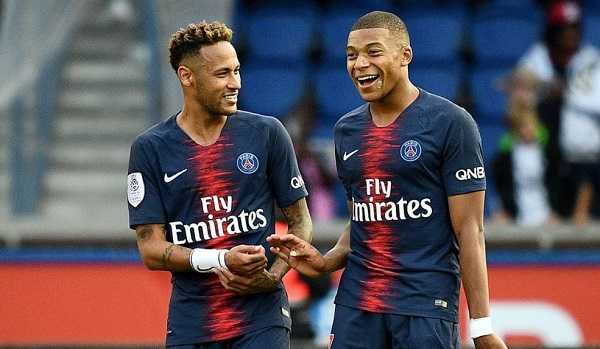 With the way Jadon Sancho and Paco Alcacer are moving forward, it looks likely that they might just have better overall stats than Neymar and Mbappe by the end of the season. However, the duo has already ringed the alarm bells for Bundesliga and Champions League teams that face them in coming days.