According to the Barcelona midfielder Sergio Busquets, Lionel Messi displayed one of his best performances in the 4-0 victory over Espanyol last night. The Argentine international scored two brilliant goals from free-kicks at RCDE Stadium. And, it was the first time this season that the legend has achieved the success from a set-piece.

Besides scoring two goals, the Barcelona captain also brilliantly assisted Ousmane Dembele. Lionel Messi, with his two goals last night, also became the first and the only player ever to score at least 10 goals in 13 consecutive La Liga seasons. Barcelona, on the other hand, reclaimed the top place of the Spanish league with that victory last night. 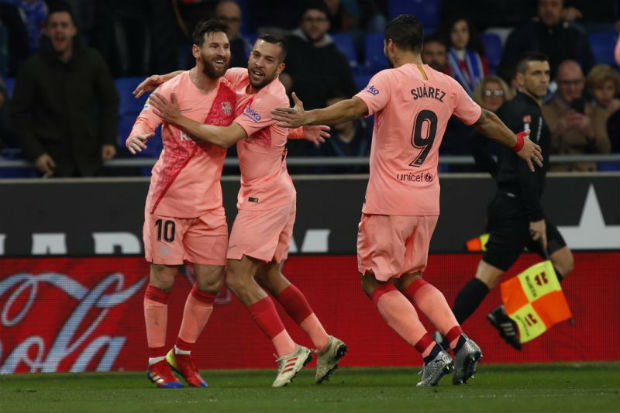 The brilliant performance of Lionel Messi came just five days after he was voted number fifth in the Ballon d’Or run this year with Luka Modric winning the title. It is also the first time Lionel Messi finished outside the top three places of Ballon d’Or since 2006. Besides Modric, Cristiano Ronaldo, Kylian Mbappe, and Antoine Griezmann also finished in a higher position than the Argentine star.

While talking about Lionel Messi and his performance, his Barcelona teammate Sergio Busquets told Movistar that “We already know what Leo is capable of and it’s a pleasure to see him on a daily basis,” and then added, “The level of effectiveness he has in training and matches is tremendous.” 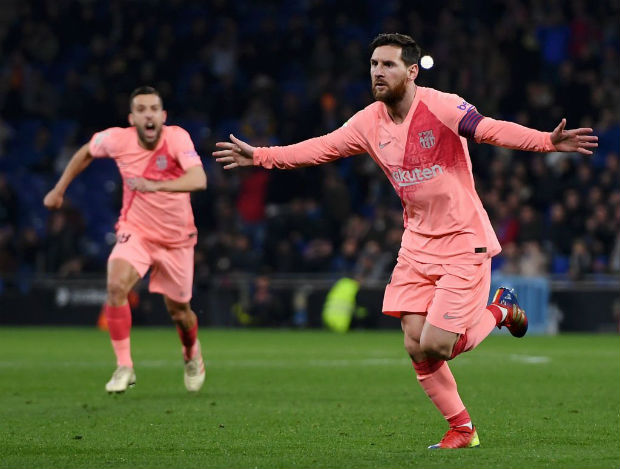 Sergio Busquets also said, “He is fundamental in free-kicks, in open play, that’s why he’s the best player in the world.” Barcelona coach Ernesto Valverde also talked about Messi’s Ballon d’Or finish this season and said “It’s something that he should answer but he already has a lot of recognition,” and then added, “But it is striking that they vote for the best and he is not there.”

While talking about their upcoming Champions League clash against Tottenham Hotspur, Ernesto Valverde said “We will see on Tuesday,” and then added, “We respect the competition and we want to win the game and we will do the lineup thinking about the needs of Barcelona, not Inter, thinking about winning.”