Philippe Coutinho has been impressive during his first full season at his new club Barcelona. The player has been able to win praise from Barcelona and Brazil legend Ronaldinho.

Talking about the prospects of Coutinho becoming a heir to Messi’s legacy at Barcelona, Ronaldinho said that he will not talk about heirs and according to him both the players, Messi and Coutinho have excellent styles. Being on the same team and developing an effective partnership will allow them to compliment each others abilities and to do great things, as per Ronaldinho. 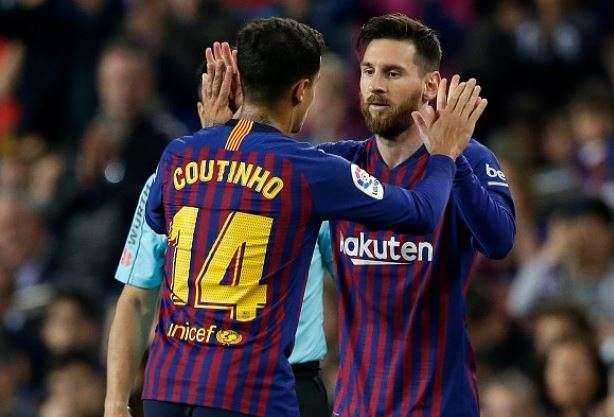 When Ronaldinho was asked about the future candidates of Ballon d’Or, he said that both Coutinho and Neymar will have a great chance in the near future as Ronaldo and Messi are no longer on their peak.

Ronaldinho also praised Cristiano Ronaldo for his amazing abilities and the history that he has created while playing for Real Madrid. Ronaldinho further said that he will do great things whereever he goes.

Barcelona has been bringing in new talent year after year, to compliment their strike abilities and with Coutinho in the ranks, they are once again a formidable strike force. Not to forget, the genius of Lionel Messi who has helped the team score tons of goals during the past many seasons. Together, Lionel Messi and Coutinho can form yet another lethal partnership for Barcelona and bring home many more titles for the club.