Bayern Munich finished at the top place of their group in the UEFA Champions League, although they faced a 3-3 draw against Ajax last night. Robert Lewandowski, on the other hand, scored two brilliant goals but is still not happy for the Germany champions as he now blames the wastefulness of the team last night.

The Polish striker scored an amazing brace against Ajax to finally secure Bayern Munich’s top place in the ‘Group E’ of the Champions League. However, both the teams played a 10-man game in their yesterday’s encounter. Lewandowski finished the group phase of the UCL with 8 goals and also as the leading goalscorer. 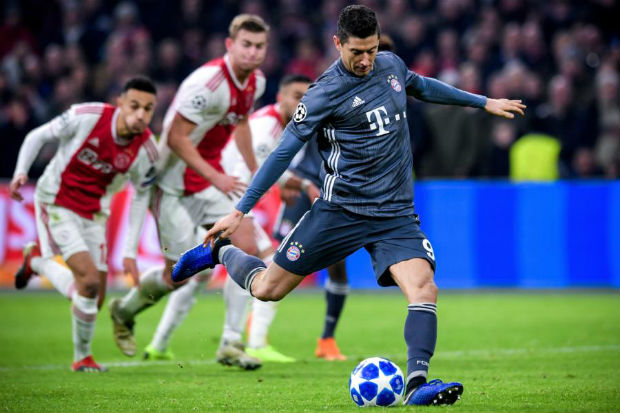 Robert Lewandowski scored the first goal for the German side in the 13th minute followed by Dusan Tadic’s equalizer for Ajax in the 61st minute. Tadic again scored in the 82nd minute to put Ajax on lead which Lewandowski then equalized in the 87th minute. The third goal of Bayern came from Kingsley Coman in the 90th minute followed by the final equalizer of Nicolas Tagliafico for Ajax in the 95th minute.

While talking about their UEFA Champions League game against Ajax, Bayern Munich striker Robert Lewandowski said “That was a very offensive game,” and further added “But what we showed in the possession game wasn’t good. That was missing.” The striker then said “Ajax had more ball possession. We still had a lot of opportunities, but we didn’t use them.” 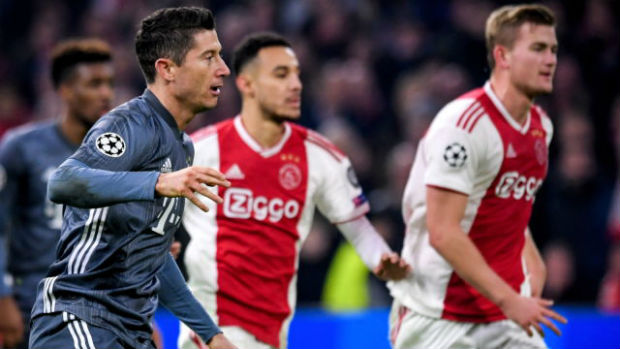 He then also praised the players of his opponents and said “[Ajax goalkeeper Andre] Onana also did a great job. We have a lot more potential.” Ajax’s Maximilian Wober has received the first red card of the match last night in the 67th Minute. Seven minutes later, Thomas Muller of Bayern also received another red card.

Bayern Munich goalkeeper Manuel Neuer also gave his views on last night’s game against Ajax and said “It was very interesting at the end. There was a lot of fight and passion in it.” He then added “Ajax are simply good, we have already seen that in Munich. The most important thing is that we are first.”