Few River Plate fans tragically attacked the Boca Juniors’ players yesterday right before the kickoff of the highly anticipated second leg of the Copa Libertadores final. And for that, authorities had to postpone the match and had to push the second leg for Sunday. The match will be played today (GMT: 8 PM), although the government confirmed a “preventative closure” for the fans.

River Plate President Rodolfo D’Onofrio expressed his strong objection with that closure and said that he sees no justified reason for that closure. He also said that the authorities should allow the fans to attend the match. He strongly believes that the match should not be played behind closed doors. 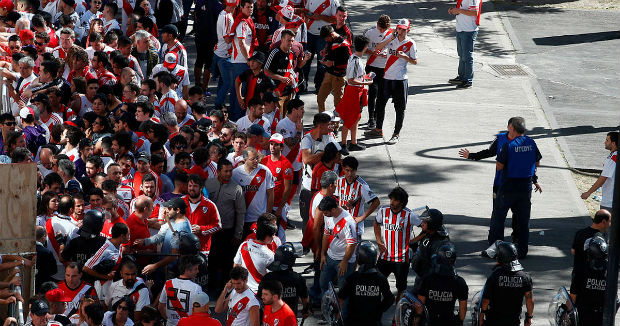 While talking about the tragic incident and the preventative closure by the authorities, Rodolfo D’Onofrio said “There are no reasons for the River stadium to be closed tomorrow. I can assure you that River is not responsible.” He also supported the decision of Boca president Daniel Angelici to postpone the match for a day to ensure sufficient recovery time for the players.

Rodolfo D’Onofrio also condemned the tragic event that happened yesterday outside the stadium, and said: “It’s a shame that we had to go through this.” He then added “River said that we cannot play against a team that is going through an understandable psychological situation. We agreed with Daniel.” 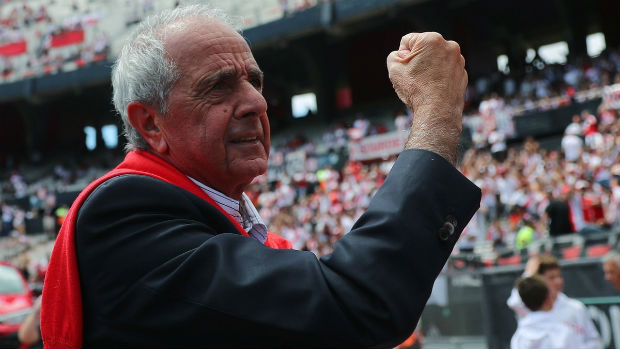 The River Plate president also apologized to all the fans of his club and also to the fans of Boca Juniors who came to the ground to witness the historic match but failed to do so due to the nuisance of few supporters. He said “I feel bad, frustrated, tired,” and then further added, “I apologize to the fans.”

While talking about the situation, he said “My daughter lives in Italy, I have two granddaughters, they arrived today and fly back tomorrow. I have this situation at home, imagine all the ones that came from all over the country.” He then also said “I said to CONMEBOL from the start that we could not play today. I’m not going to give up. I don’t want to win this way.”