French champion PSG have ended the match with Bordeaux in a 2-2 score. Besides, Neymar scored a brilliant goal in the 34th minute of the first half. But, the Brazilian international was substituted early in the second half as he again injured his groin. However, team’s captain Thiago Silva is still unsure about the severity of the recent injury of the Brazilian star.

Paris Saint-Germain’s coach Thomas Tuchel already put Neymar on rest from the next Ligue 1 clash at Strasbourg this Wednesday. But, Thiago Silva thinks that Neymar is sidelined for a brief period of time and will recover pretty soon. However, Tuchel thinks that the injury is the same one which Neymar suffered during his international duty and he will need more time to recover. 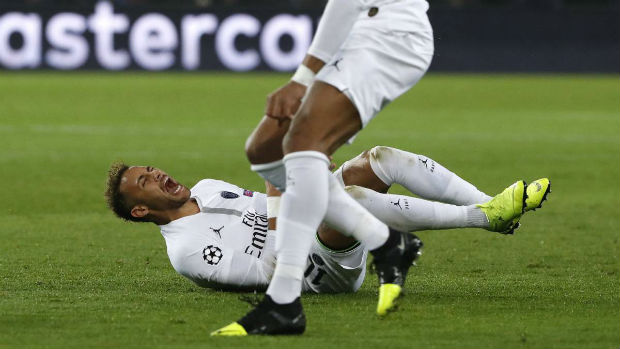 While talking about Neymar’s injury, Paris Saint-Germain captain Thiago Silva in his post-match interview said “Neymar? We don’t know if it’s serious. But you know the guy, he doesn’t like to leave a game so if he does, there has to be something. I don’t know what he has.”

The PSG defenseman also gave a brief update about the recent condition of the Brazilian international. He said “He has to undergo a test and then we’ll tell you because you’re curious. I think even the doctor isn’t sure yet, but you’ll know [Monday].”

Neymar scored the opening goal for Paris Saint-Germain last night in the 34th minute which Jimmy Briand of Bordeaux equalized in the 53rd minute of the match. Shortly after, PSG’s Kylian Mbappe gave the French team a 2-1 lead. Andreas Cornelius then scored the second goal for Bordeaux to end the match with a 2-2 score.

PSG is now standing at the top of the French Ligue 1 table with a straight 14-point gap in just 15 games this season. The team will next face Strasbourg this Wednesday followed by another Ligue 1 game against Montpellier this weekend. Besides, they will also face Red Star Belgrade in the UEFA Champions League in a few days.