Media linked the Ajax youngster Matthijs de Ligt with several big clubs all over Europe with Barcelona also on the list. The Catalan club also expressed their wish to sign the young Dutch center-back after his brilliant performance for Ajax. And now, Matthijs de Ligt compared his playing style with Gerard Pique and pointed out the similarities.

As the transfer rumor already in the air, The Netherlands international just gave a little bit of fuel to the media while comparing himself to the veteran Barcelona defender Gerard Pique. He not only found the similarities but also told that he was trained at Ajax to follow the similar playing style of Barcelona. 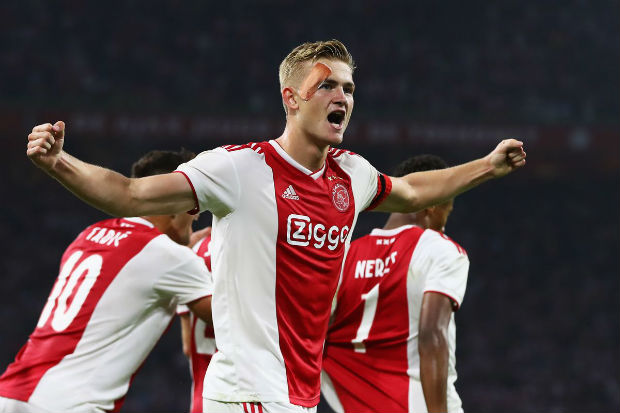 While talking to ELF Voetbal Magazine, the Dutch defender compared himself with Gerard Pique and told “I am similar to [Pique],” and then added, “I like to carry the ball out from the back.” He then further said that “Defensively I am strong and, like Gerard, I also started as a midfielder.”

The media always compared the similar playing style of Barcelona and Dutch side Ajax since the days of Johan Cruyff as both the club always put priorities on excellent ball-possession and also play dynamic attacking football. Both the clubs are also known to nurture great talents in their youth academies. 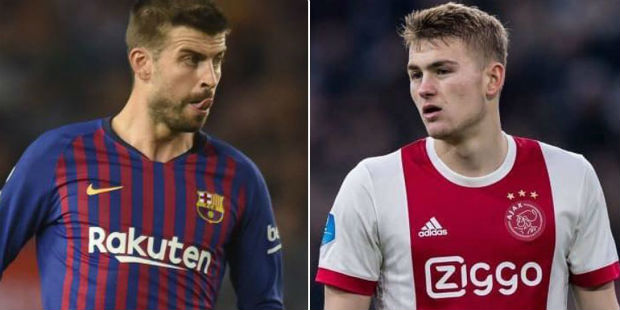 While comparing the similar playing style of Ajax and Barcelona, Matthijs de Ligt told “Ajax’s style of play is similar to Barcelona’s,” and he further said “High press, a high defensive line and a high level of ball possession.” Football pundits from all over the world already marked De Ligt as one of the brightest football prospects besides his squad-mate Frankie de Jong.

Manchester City is now trying their best to sign midfielder Frankie de Jong while Barcelona is in line to get Matthijs de Ligt on their side. Barcelona is now suffering a little bit of trouble in their defense-line after the recent injury of Samuel Umtiti. And now, it is almost clear that they want de Ligt as soon as possible to cover that gap.