Marcus Rashford has reportedly shown his desire to stay at Manchester United and continue to play for the club in the foreseeable future. The 20 year old forward has been a part of the club since 2016. The player is looking forward to prove himself at Manchester United. However, he has hinted a possible change in position.

Up till now, Rashford was mostly playing out wide. However, now he has shown his desire to play at the centre-forward position or just behind the main striker. There have been many rumours about a possible transfer of Rashford. The main reason, being the fact that the player has only been able to be a part of the Manchester United starting lineup, just once, this season.

The only game that Rashford has started this season, was the United’s first game of the season. Jose Mourinho had to do without his usual starting lineup and this gave a chance to Rashford to prove himself. As per Manchester United’s current strategy, Rashford playes on the left in a supporting role to Romelu Lukaku who plays up front. 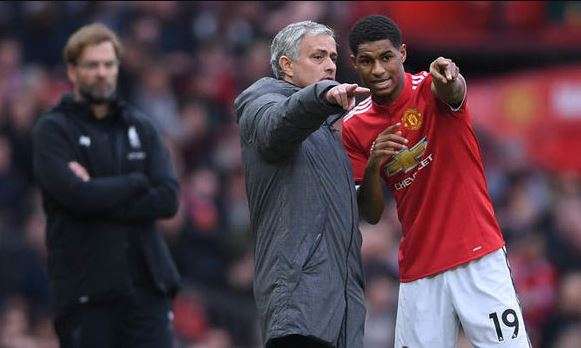 Rashford has been able to show his potential for England during the recent UEFA Nations League fixtures, scoring two goals. Many of the football critics have called on the player to change the club in order to have more starts, a better position and a chance to reach his full potential.

Now it would be interesting to see how Rashford is used by Jose Mourinho and whether the player is included in the starting lineup of the club.