Real Madrid super star, Marcelo is thinking of joining his former teammate Cristiano Ronaldo at Juventus. According to reports, the Brazilian defender is currently in the process of making a move to the Italian club Juventus in January next year. Marcelo had developed a terrific chemistry with Ronaldo, helping Real Madrid claim many titles over the course of several years.

Marcelo joined Real Madrid from the Brazilian club Fluminese in 2007. He has won 4 Champions League titles and the same number of La Liga titles ever since joining the Spanish giants. 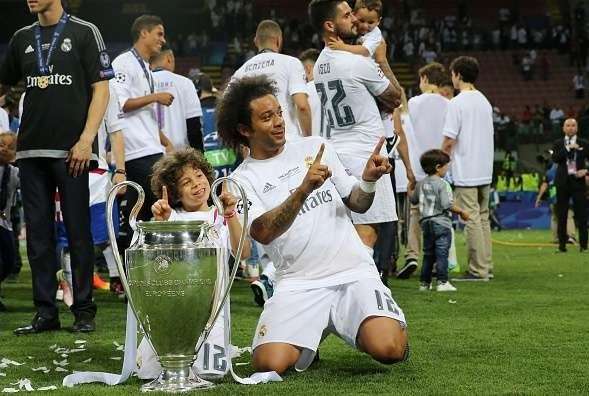 Real Madrid seem to be evolving quickly after the departure of their ace, Cristiano Ronaldo, who lead the team to many victories over the course of nine years. With Ronaldo leaving the club for a huge £99 million, Benzema and Bale seem to have taken over the lead strike role helping the club maintain a terrific win record at the start of the 2018 season.

Marcelo, who is considered to be one of the best left-backs in the world, would be replacing Alex Sandro who is expected to leave the club soon.

It would be interesting to see if the Marcelo move to Juventus becomes a reality. His reunion with Cristiano Ronaldo will surely give the Italian giants stability and better teamwork. Ronaldo himself, would be looking forward to this move and he can actually play a big role in landing Marcelo to Turin.