It would not be wrong to say that Paul Pogba is one of the most controversial football players in the world today. Be it with his game play, his attitude, or his style, he never siezes to amaze people and make it to the headlines. 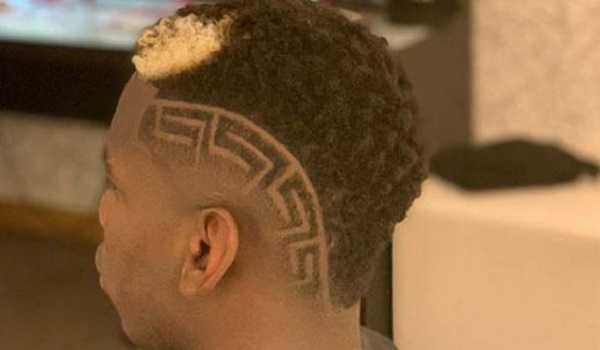 The hairstyle has a straight line with a complete star at the back side. While the front side features a geomatric shape that looks like a half star carved out of the hair.

Many of the Manchester United fans were quick to react and told the player to focus on the game instead of showing off such stupid haristyles. One of the fans even called him a joke.

Paul Pogba has not had the best of seasons so far. The World Cup winner has only been able to score 2 gaols in the Premier League in 9 matches. Manchester United are currently at the 10th spot with 14 points in 9 games. So the anger of Manchester United fans is quite understandable.

Pogba has also had issues off the field with coach Jose Mourinho. It is reported that the two are not getting along together and this is one of the reasons behind Manchester United’s lacklustre performance. Pogba needs to come up with some solid performances in order to win back the support of the Manchester United fans. The way things are currently going for Manchester United, the fans seem rightly to criticize Paul Pogba for such antics.