(Will Liverpool be able to continue this amazing form against Chelsea on 29th September?)

Liverpool faced Southampton at Anfield on Saturday, 22nd September 2018. Liverpool came into the match as clear favorites. The visitors had an uphill task of facing a team inspired by Salah’s genius. Southampton came into the game with 1 victory, 2 draws and 2 losses in their previous matches, this season. Liverpool on the other hand have been fantastic and they had won all their previous matches during this season.

As the match started, it was clear that Liverpool meant business as Shakiri took a shot on the goal only to get it bounced back by a Southampton defender. Unfortunate for Southampton, Hoedt found himself in an awkward position in front of the goal and the ball took a deflection of him, resulting in an own goal.

Liverpool’s second goal came in a much more convincing fashion in the 22nd minute, when Matip climbed up the Southampton defence to guide a corner at the back of the net. Liverpool got their 3rd goal when Shakiri took a fantastic freekick that bounced off the crossbar, and Salah grabbed the opportunity to get an easy goal. 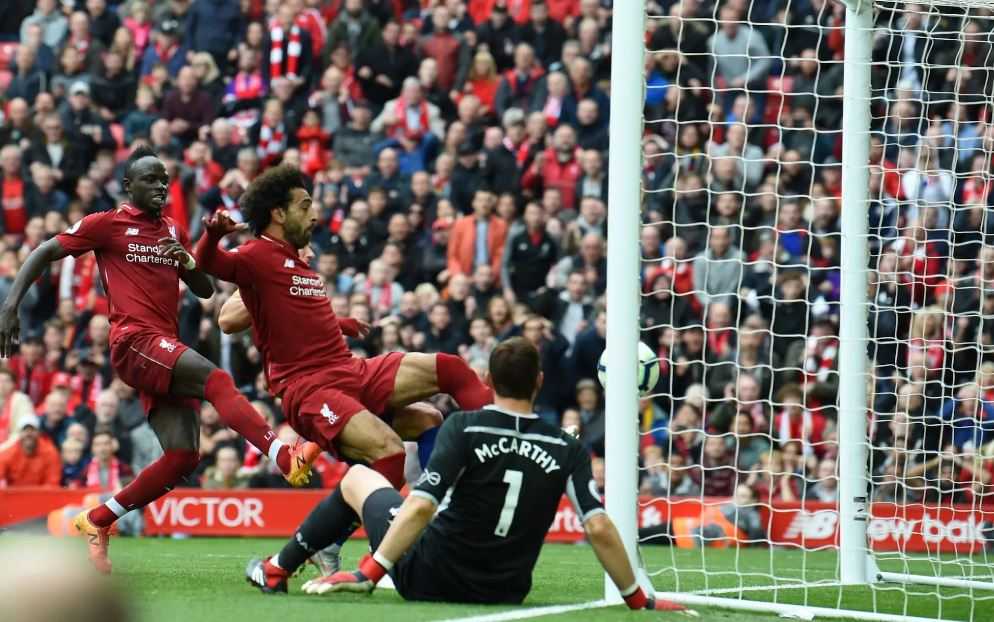 With this win Liverpool are now at the top of the Premier League table. The club has had one of the best starts to a Premier League season ever. Liverpool now has 6 victories in 6 games, and has 18 points. Liverpool will be hoping to continue with the amazing form, when they face Chelsea on 29th September in their next Premier League fixture.