Belgian international Kevin De Bruyne injured his knee in Manchester City’s victory over Fulham last night. He also faced troubles in his other knee earlier this season. And, City’s manager Pep Guardiola now says that the team doctors will thoroughly check De Bruyne. He sustained that injury after a clash with Fulham’s Timothy Fosu-Mensah as he falls backward into De Bruyne’s knee.

Kevin De Bruyne already missed 10 games earlier this season due to his previous knee ligament injury in his right knee. However, he has injured his left this time in the match against Fulham. Guardiola stated after the match that City’s medical team will carry out tests, and added: “We do not know if it is nothing or something serious.” 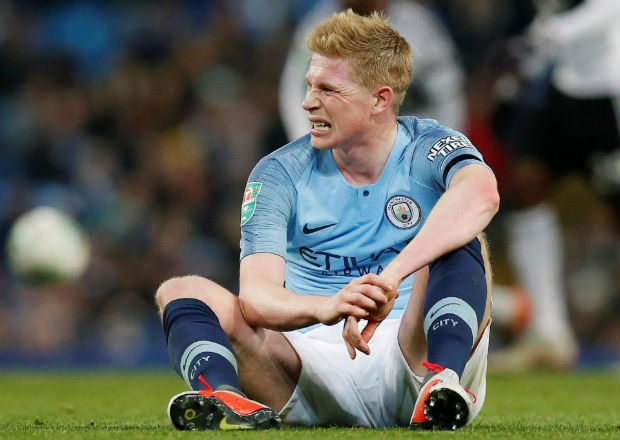 After spending around 2 months outside the ground, De Bruyne has made his comeback against Shakhtar Donetsk last week in their UCL clash. He made his third appearance last night against Fulham at the Etihad Stadium and looked quite promising throughout the game. Guardiola expressed that he was happy with De Bruyne’s form while saying “I think today Kevin is back, no? It’s the Kevin we know.”

He also said “He made a huge effort in Donetsk against Shakhtar. He played a few minutes in a difficult situation against Spurs,” and added, “It was a difficult situation because of the pitch and the conditions and tough physicality but today again he was involved in the offensive and defensive side, in the pace, in the set pieces, the passes and assists.” 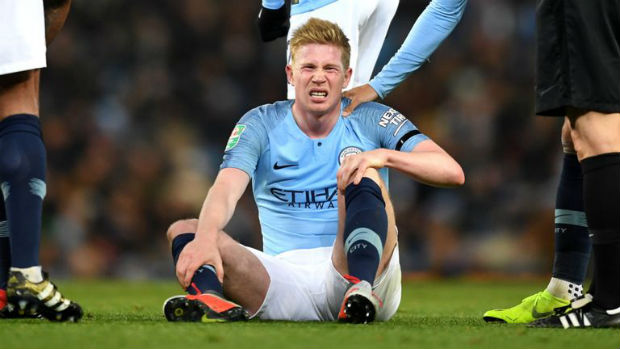 Pep Guardiola also expressed his worries about the fresh injury of De Bruyne while saying “Hopefully what happened in the last minutes is not serious. He’s being checked. I don’t know right now.”

Guardiola also expressed his satisfaction with City’s performance last night as he states “Everybody was good. Brahim made two goals; Aro Muric gave us good security; Phil Foden plays a good level every time. We made an excellent performance without the ball in terms of how aggressive we were. Fulham have the quality to play even though they are not in a good moment in terms of results.”