Indian Super League already crossed the mid-season mark as all the teams played at least 10 games as of the second week of December. Jamshedpur and Pune City FC already played 12 matches this season. Only Bengaluru FC and Goa FC played 10 matches till now, and other six teams have already appeared in 11 games. Bengaluru FC is holding the top spot of the ISL 2018-19 table with 24 points, although they have played least amount of games compared to other teams. Delhi Dynamos, on the other hand, failed to live up to their expectation as they are yet to achieve any win this season even after playing 11 games. 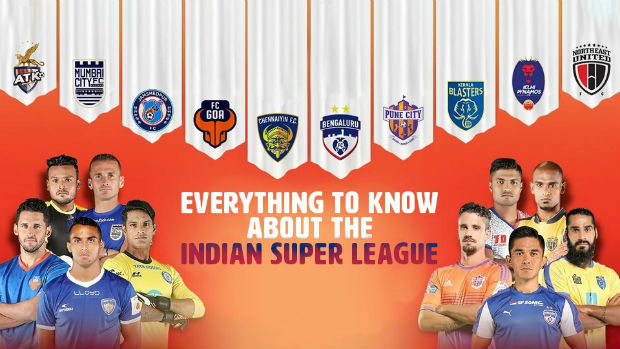 Several foreign recruits of the ISL franchises displayed a great set of talents this season. Besides, they are also holding the top places of the scoring table as of now. FC Goa’s Spanish striker Coro and NorthEast United’s Nigerian star Bartholomew Ogbeche are the only two footballers to score eight goals each till now. Spanish players are dominating the top scoring table this season as Edu Bedia, Sergio Cidoncha, and Manuel Lanzarote secured their places in the top scoring chart besides Coro.

Besides Indian skipper Sunil Chhetri, there are several domestic players also put their mark in the ISL this season as of now. Both Chennaiyin FC’s Thoi Singh and Delhi Dynamos’ Lallianzuala Chhangte are now in a neck-to-neck battle with Chhetri to hold the top spot among Indian players. Besides, Jamshedpur FC’s Michael Soosairaj and Bengaluru FC’s Udanta Singh are also showing promises as they both scored three goals each till now. Several other players like Rowllin Borges, Jackichand Singh, and Rahul Bheke also playing extremely well this season.

We are rewinding the clock back to 3⃣1⃣st October, earlier this season, when @bengalurufc scored 2⃣ wonder goals and grabbed all 3⃣ points at @ATKFC's home!