Chelsea star, Pedro has named Eden Hazard among the 4 best players of the world. According to Pedro Hazard is right up there with Lionel Messi, Cristiano Ronaldo, and Neymar Jr.

Pedro joined Chelsea in 2015. Before that he played along side Lionel Messi at Barcelona FC. Such a statement coming from Pedro holds some weightage as the Spanish International has played plenty of football alongside Messi, and has also played a significant amount of football against Ronaldo. 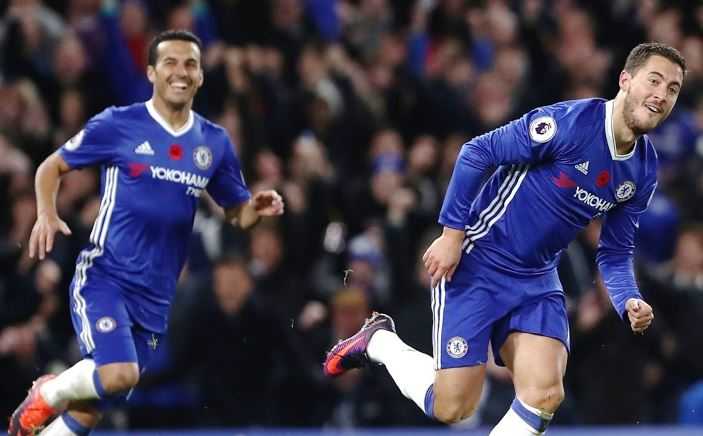 During the recent years, time and again, we have seen comparisons being made between Neymar and Hazard. And both the players have been classified as the “3rd best player” after Ronaldo and Messi. However, now Pedro has put Hazard right besides Ronaldo and Messi which according to many is not yet true. And in order to be able to reach the level of the two super stars of world football, Hazard and Neymar, both will have to show consistency for at least five years in a row.

Eden Hazard has had a wonderful start to this season and his fantastic form has allowed Chelsea to climb to the top of the Premier League table. The Belgian super star is known for his goal scoring abilities and is known for the incredible style of play that leaves defenders clueless. It would be interesting to see if Hazard and/or Neymar are able to reach the same standards set by Messi and Ronaldo in terms of consistency and goal scoring.